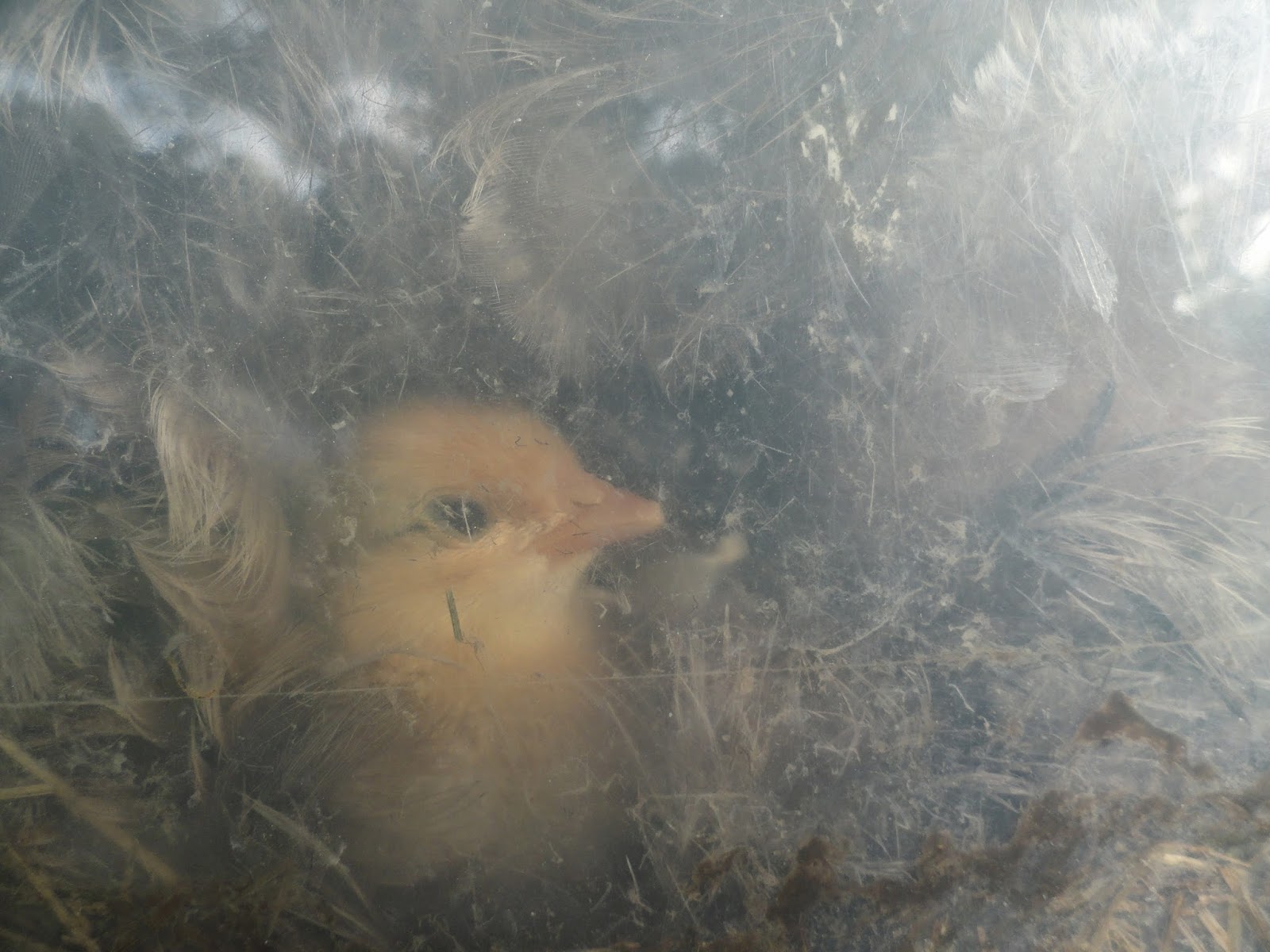 For those of you who remember, my anticipation of a broody Brown Mama was borderline silly. It was also fantastic when she did finally go broody. Twenty-one days of waiting and I was greeted by this sight:

Hooray! Mama's got babies!
We let her sit for anothe 36 hours after seeing the first one. Subsequent peeks revels a black and lemon one as well as this golden. 36 hours later, at dusk, we pull the nesting box from the coop and placed it in our chick bin. We could see nothing that night and I didn't want to risk messing with them any more than necessary so we left them alone.

The next morning I placed a water dish next to Mama and low and behold... 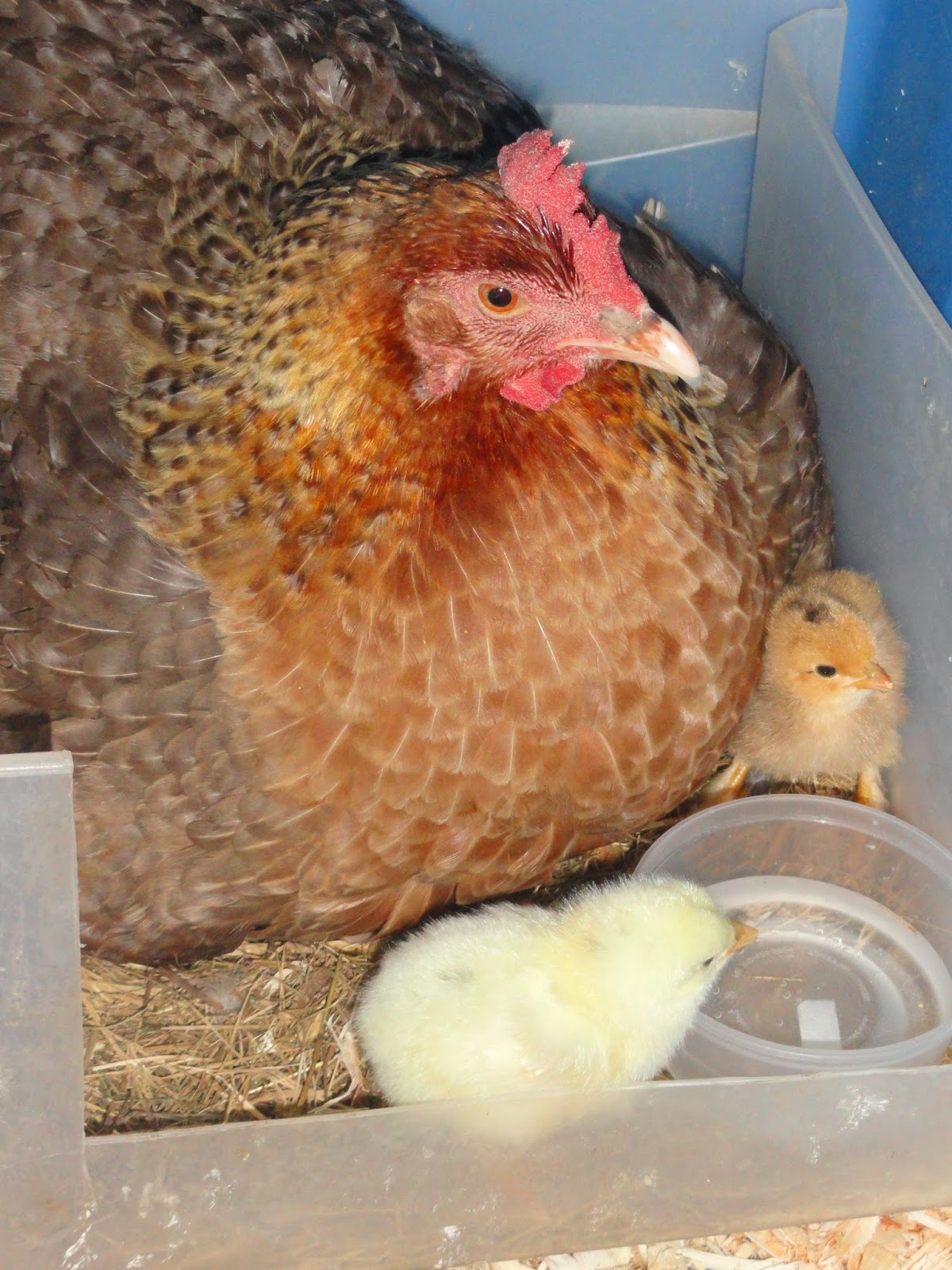 two chicks! As they were moving around and eating the food I placed on the straw next to Brown Mama, we set up the regular feeding dishes. 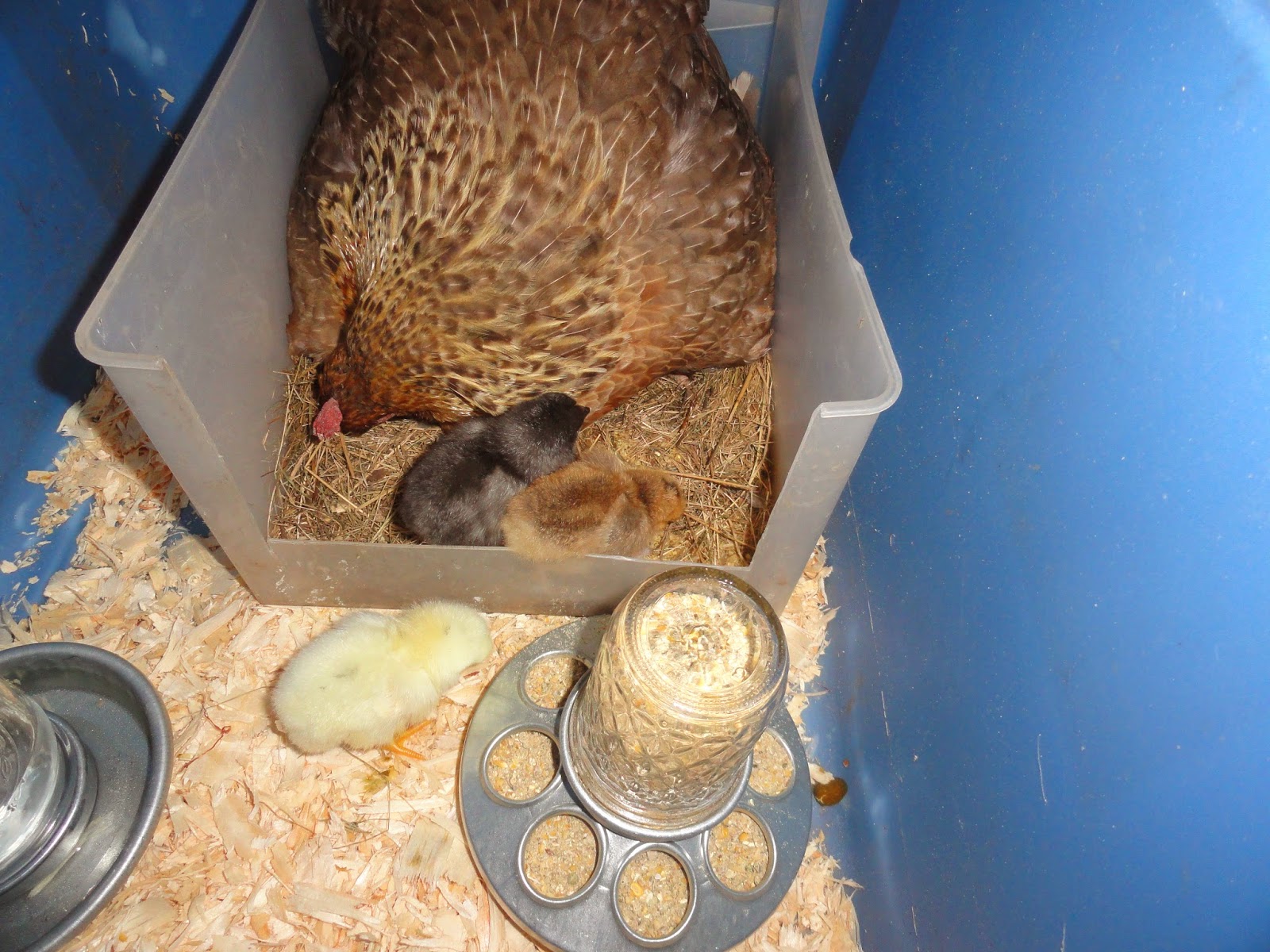 And another one appeared! He was a lot lighter than he looked last night but it was dark. At this point, I was feeling a little bummed because three out of ten is not a great ratio. I was hoping for at least 50%. And then another lemon colored one appeared.

Finally, Brown Mama, abandoned the rest of the eggs and to our delight she had five chicks! (We ditched the other eggs, four hadn't developed and the fifth was puke green rotten.)


This little black chick was the one I saw at night. It has a very dark cap and striking markings.

Brown Mama did not enjoy her stay in the house as she loves to teach her chicks to scratch; the blue chick bin does not provide much room for scratching. One week after they arrived, they were returned to the coop. I had to help the babies up into the coop for about a week but tonight they were tucked in without any assistance. Well done Brown Mama. 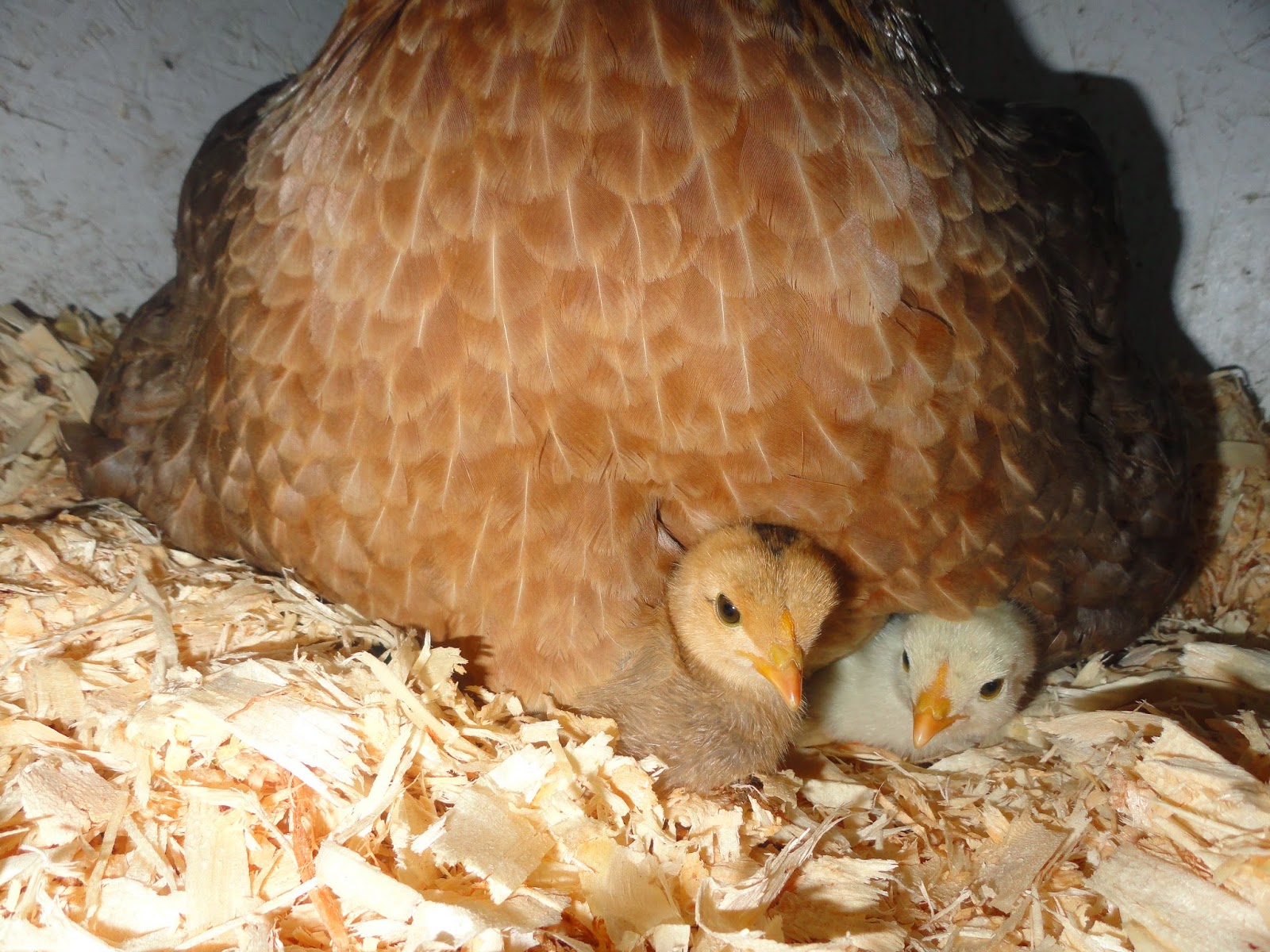 This article was shared on The Chicken Chick, The Prairie Homestead,
Email ThisBlogThis!Share to TwitterShare to FacebookShare to Pinterest