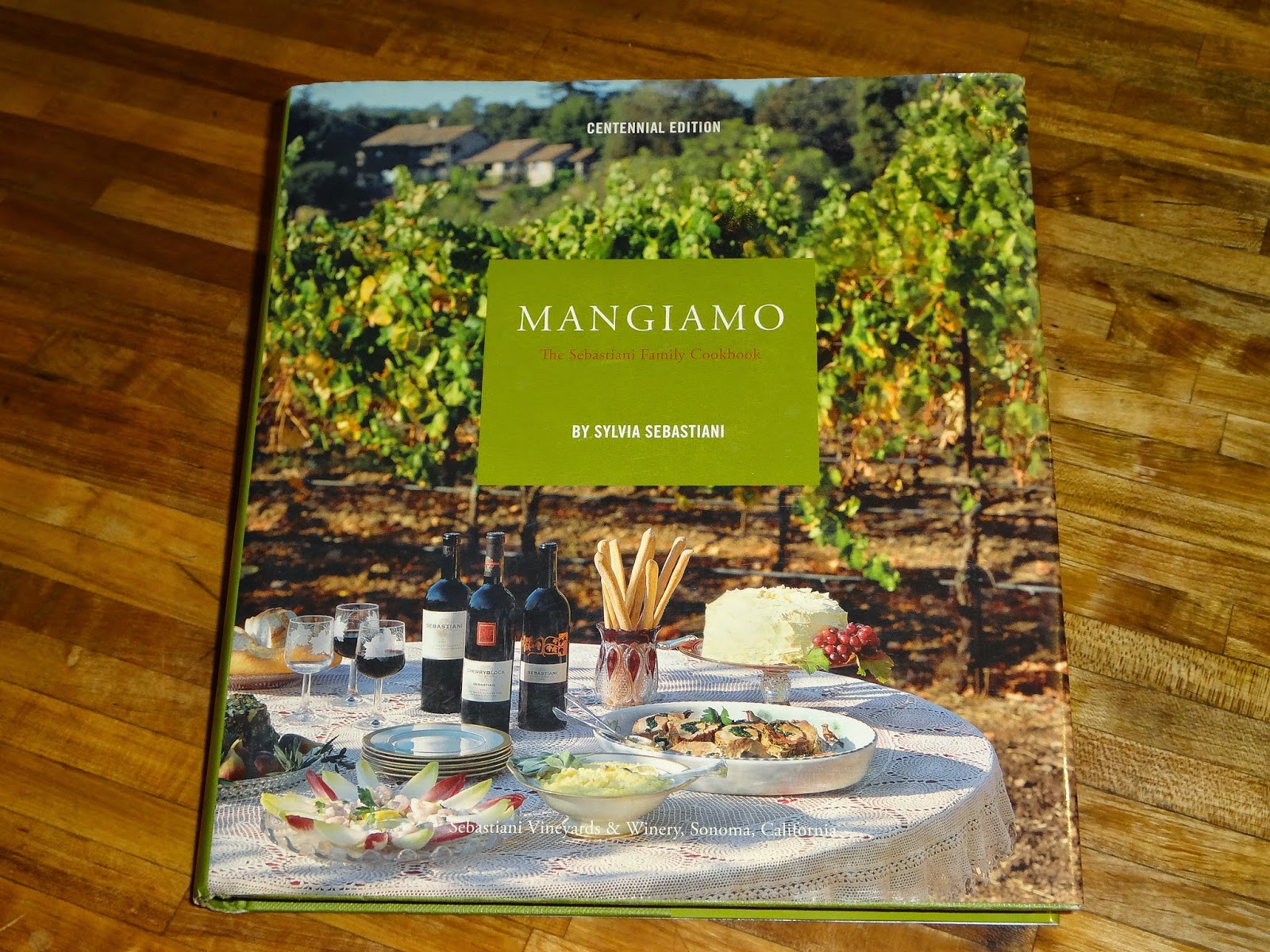 I love cookbooks. I really love cookbooks with beautiful photos. I want to bake everything and have it look just like the delicious photos. As I have worked to clean out the kitchen, I have easily pulled cookbooks that I never use, have simple recipe or have very few photos. I have been having trouble letting go of a few of my other cookbooks, mainly ones with lovely photos that inspire me to be the kind of Suzy homemaker I wish I was.

Then there's another kind of cookbook: ones that were gifts. These are especially hard to part with. Why? Well, some one whom I love gave them to me and thought of me. So this week, as I perused my cookbooks trying to decide which one I would go through tonight, I found Mangiamo, the Sebastiani Family Cookbook. What is so special about this cookbook? It was given to me not by a special person but as a gift from a woman's conference back when I was working full-time in computers. So why the attachment? Really, it had more to do with what it represented that I no long am: a professional woman who travels for business. So I decided to bite the bullet and read it and see if it was really worth the space on the bookshelf as a cookbook or was it only a reminder of something I used to do.

The book has a lot of great recipes. The desserts all sound delicious, well except for the handful that all use boxed cake mix as an ingredient. There was only one recipe out of all of them though that I wanted to test before clearing it from my shelf: Nutty Nougats. I did have to make some changes since the recipe calls for powdered sugar. Here is the recipe I used, although I made a half batch just in case I didn't like them. The recipe below is a full batch: 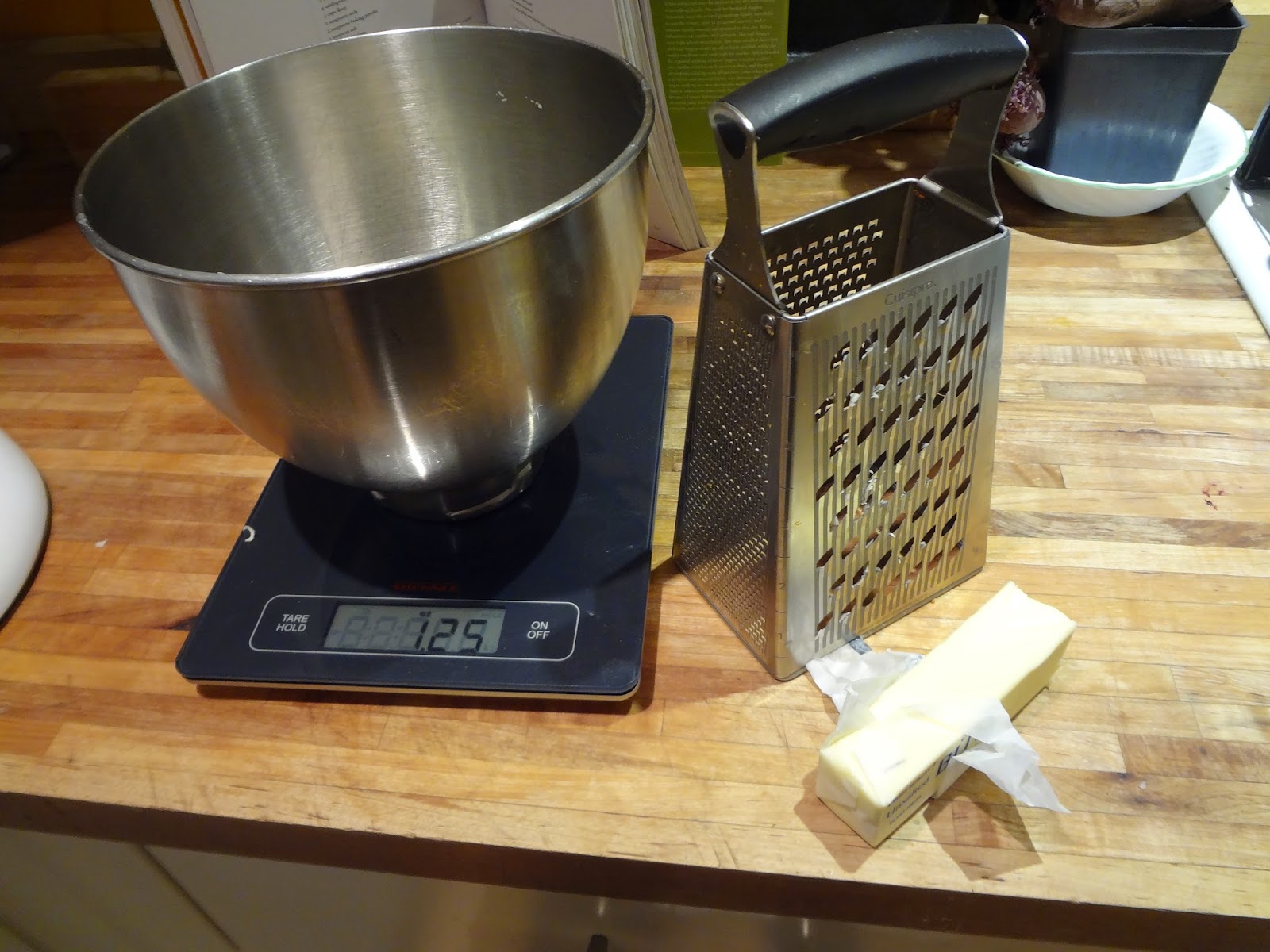 I didn't have enough homemade butter so I have to pull a stick from the freezer. It is very hard to cream frozen butter so I used a trick I have read: grate the butter and it will thaw quickly.﻿ 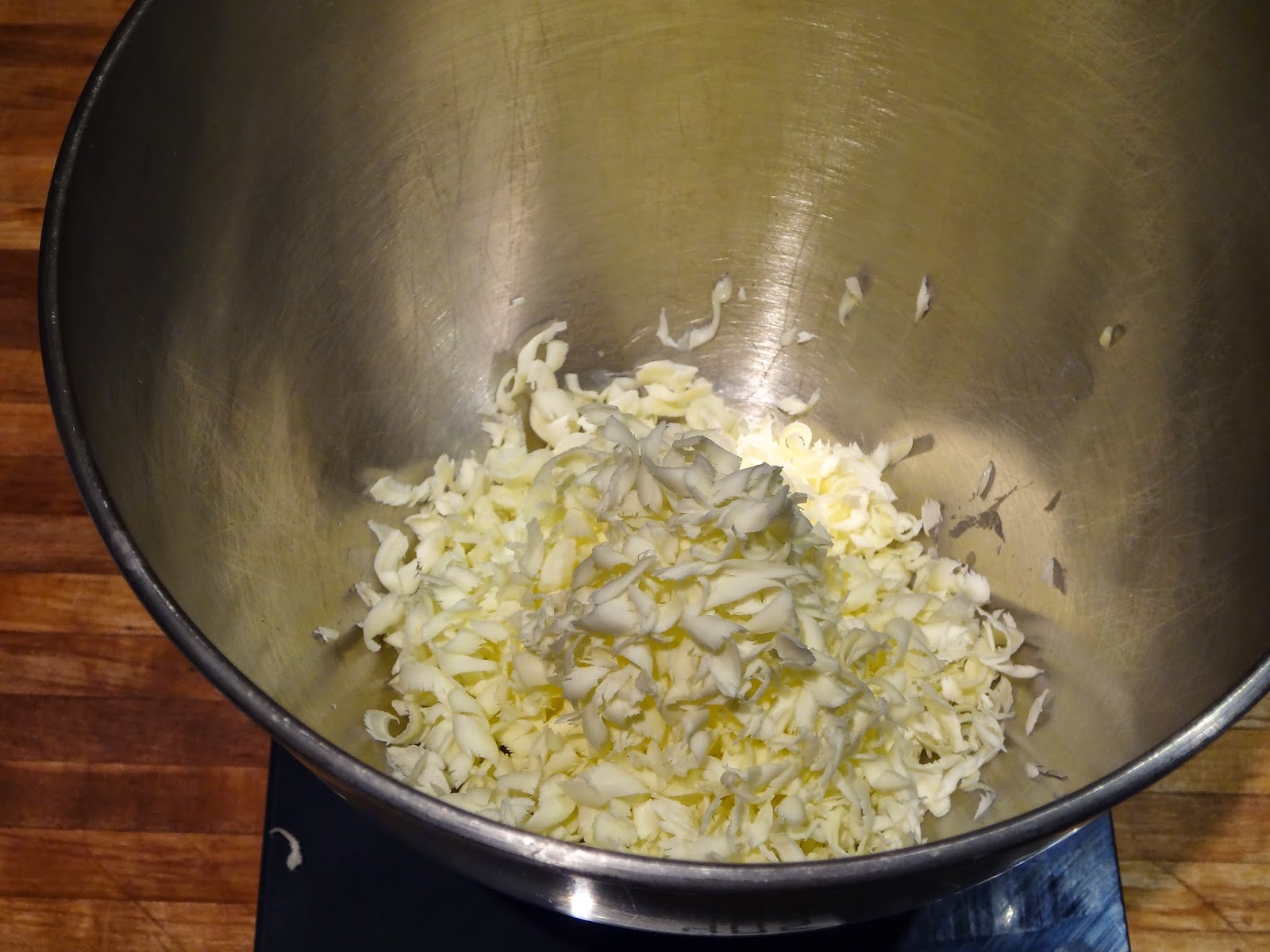 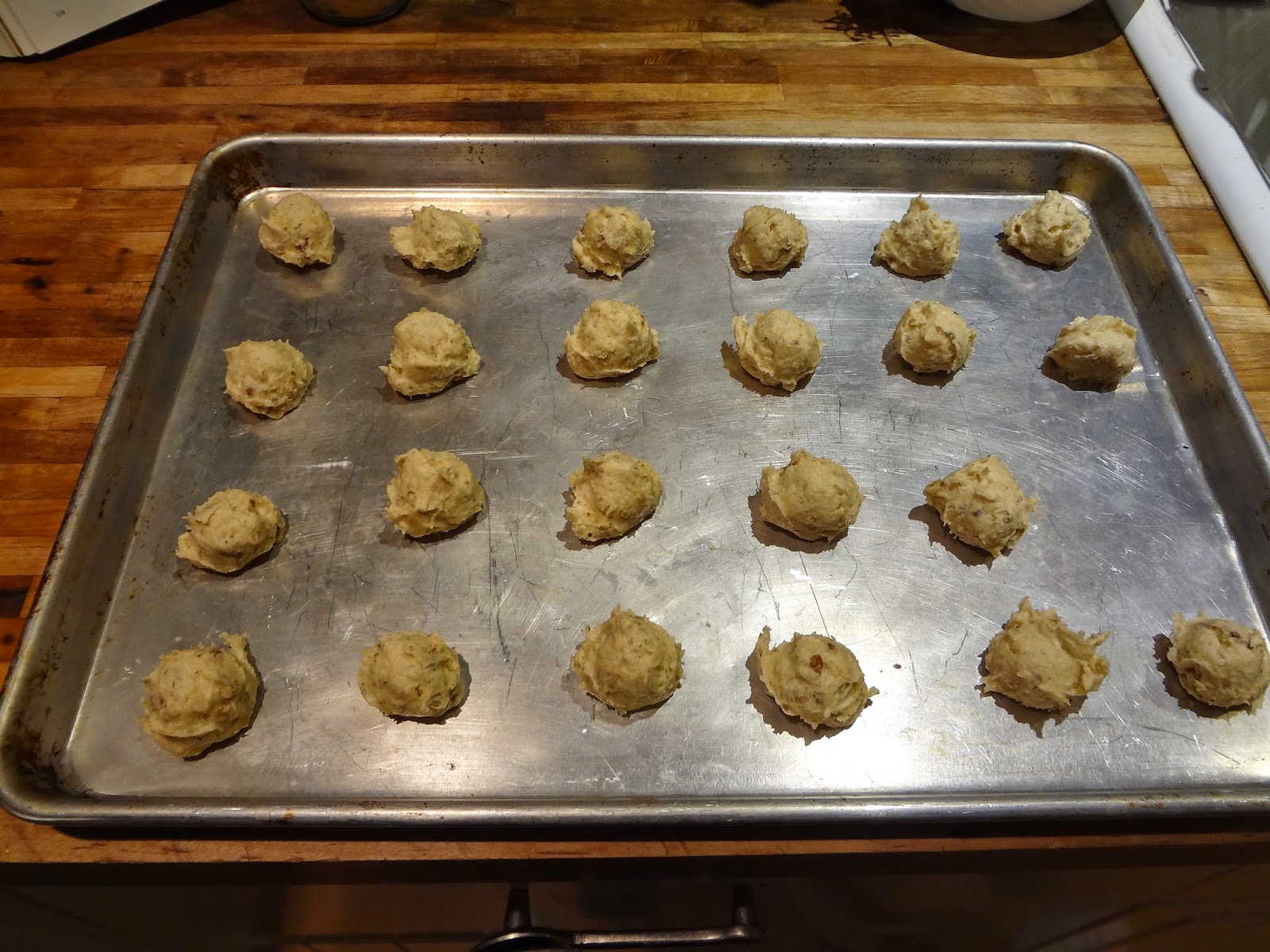 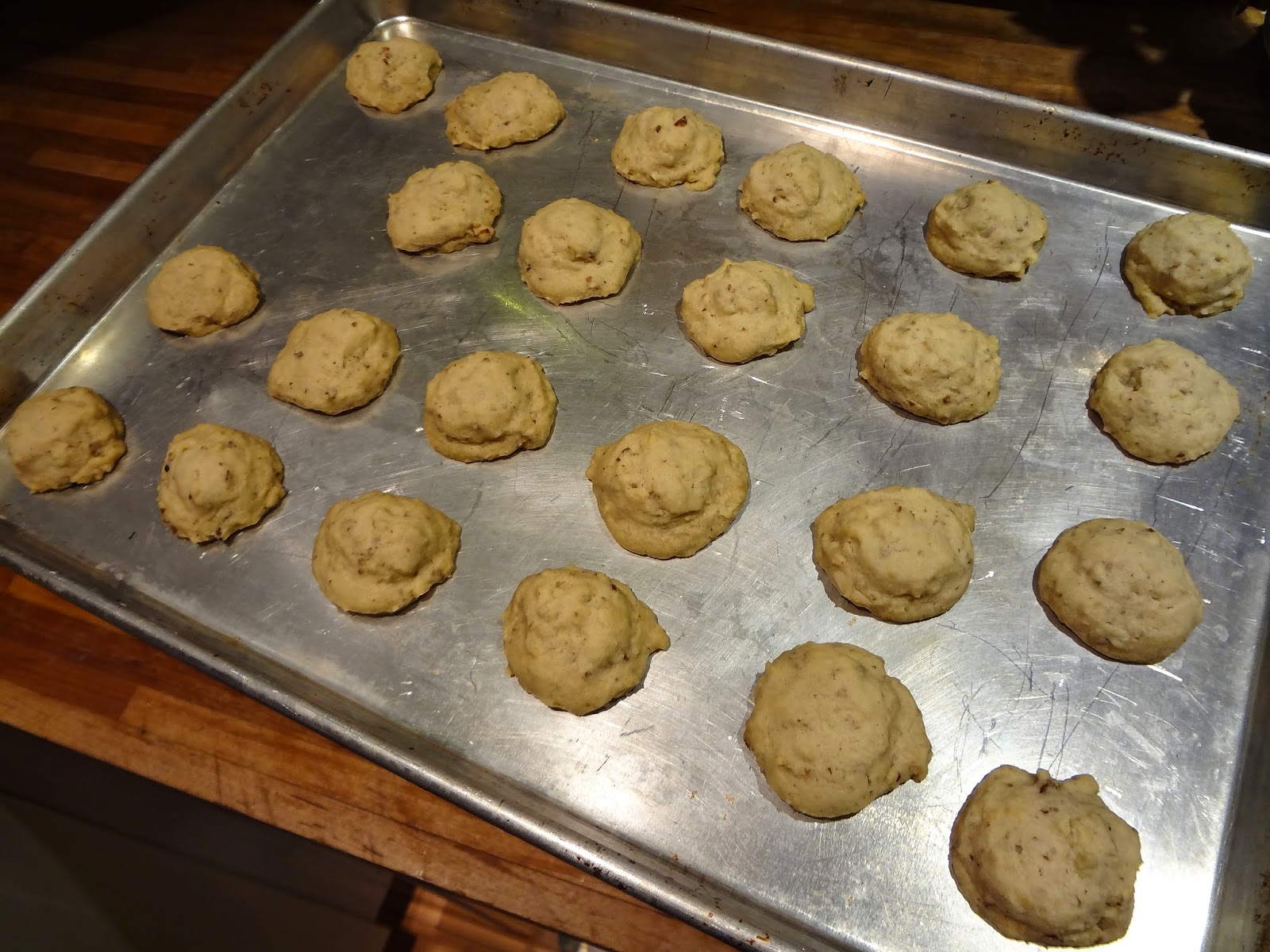 After baking, the cookies will be the same color. My husband pulled them out of the oven for me as I was washing up the dishes and said "Oh, they aren't done." I asked him to put them on the cooling rack any way. They were done but the color is the same. 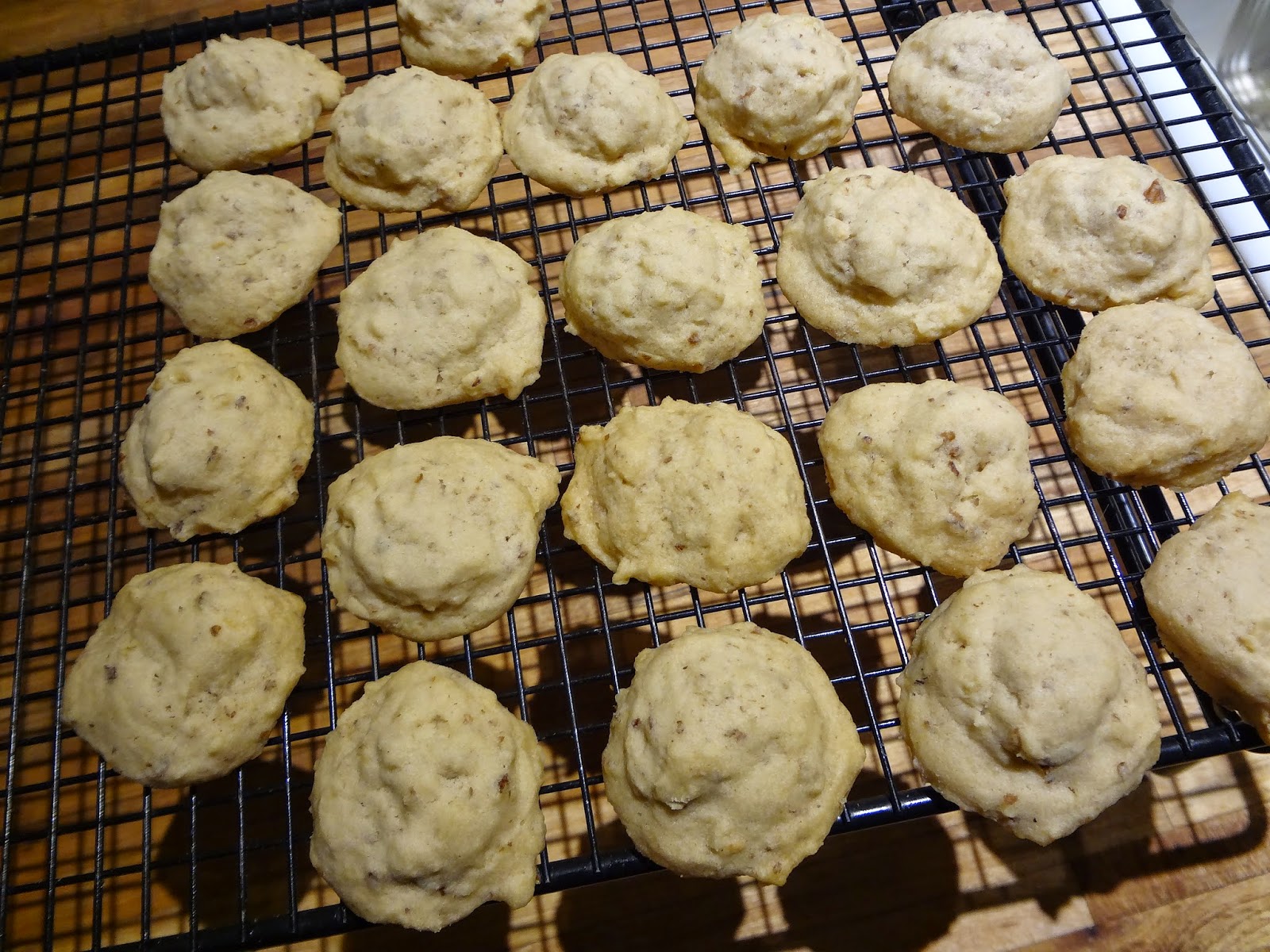 The verdict? These were very good. They reminded me of Russian Teaballs (I think that is what they are called. You know, those little shortbread bites that are rolled in confectionery sugar that appear around the holidays.) except that they are rich and buttery like a shortbread. The nut flavor is light but the prominent flavor. Toasted walnuts would have probably made the flavor even better but I just wanted to try the recipe. These are very good and if you really want to make them sweeter add a little more maple syrup, although I plan on trying them with honey next. Honey Walnut Nougats. Yum!

This article was shared on The Chicken Chick, Little Blog on the Homestead,