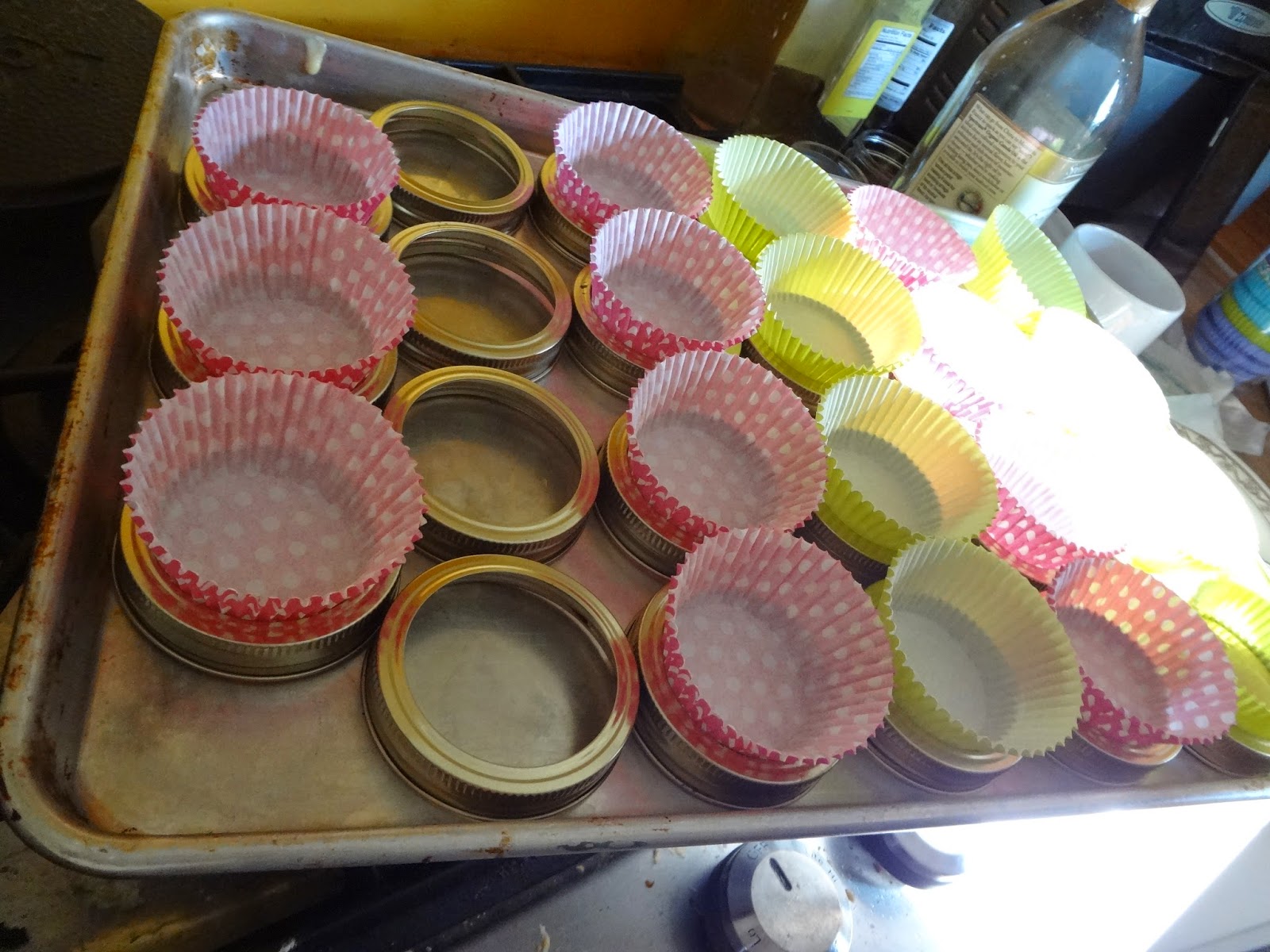 Many of you know that I spent the weekend throwing my sister a special party. One of the things I was supposed to make on Friday were the Almond Maple cupcakes (using my maple cake recipe and adding organic almond extract

) but I was too tired. Come Saturday morning, twelve hours before the party, I was making a double batch and suddenly realizing that my four muffin pans would not be enough for all the batter. Since the batter uses baking powder (which I was out of and had to use a 1:1 recipe of baking soda: cream of tarter replacement), leaving the batter resting can keep the cupcakes from rising. I called around trying to find another two pans when I remembered reading somewhere that I could use mason jar rings.

I quickly pulled out the baking sheet, the rings and set them up. I filled them about two-thirds (2/3) full because I didn't want them to rise over the top while cooking and make a mess. 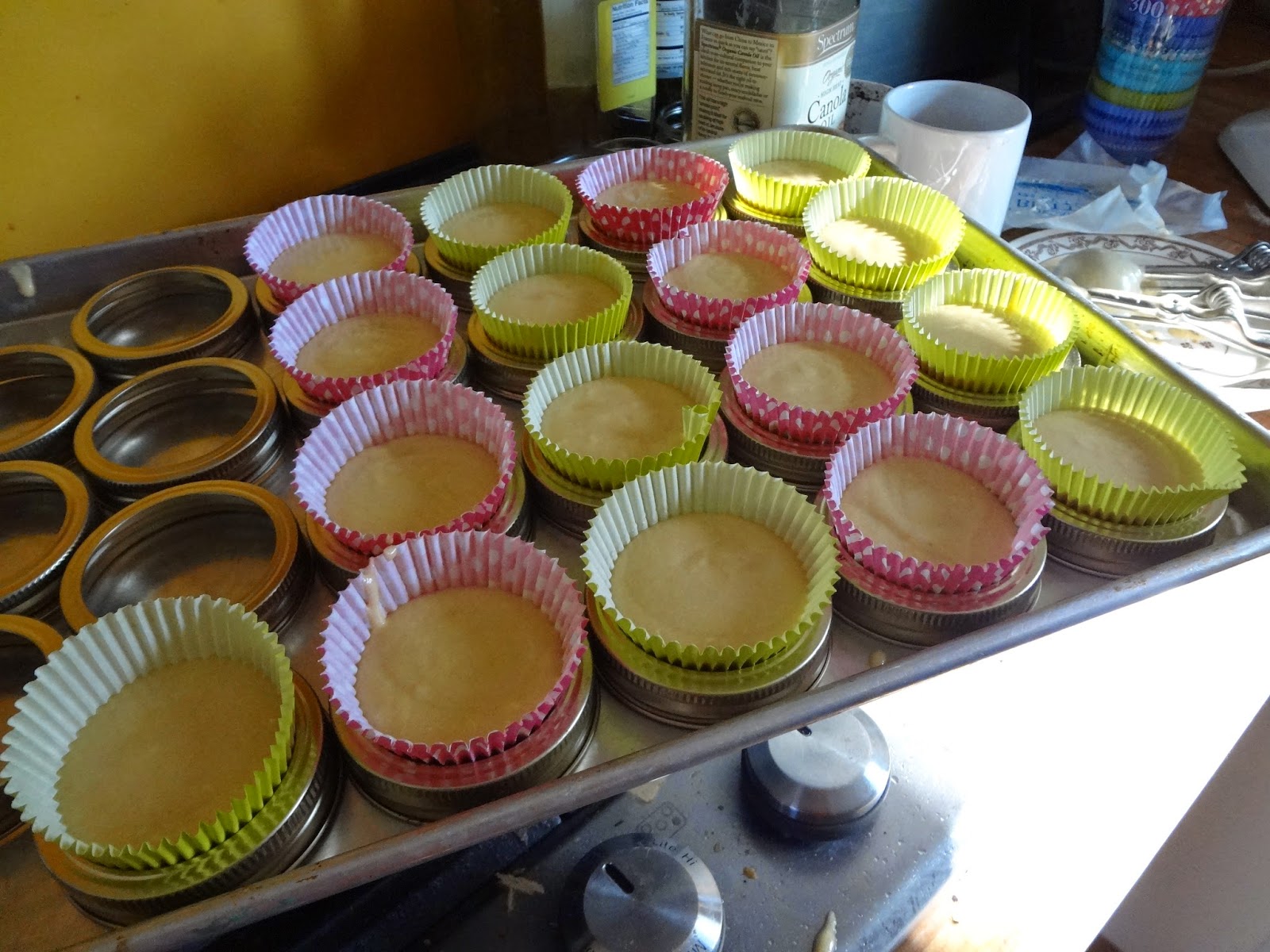 I bakes the cupcakes at 325°F for 26 minutes, until they were golden brown. 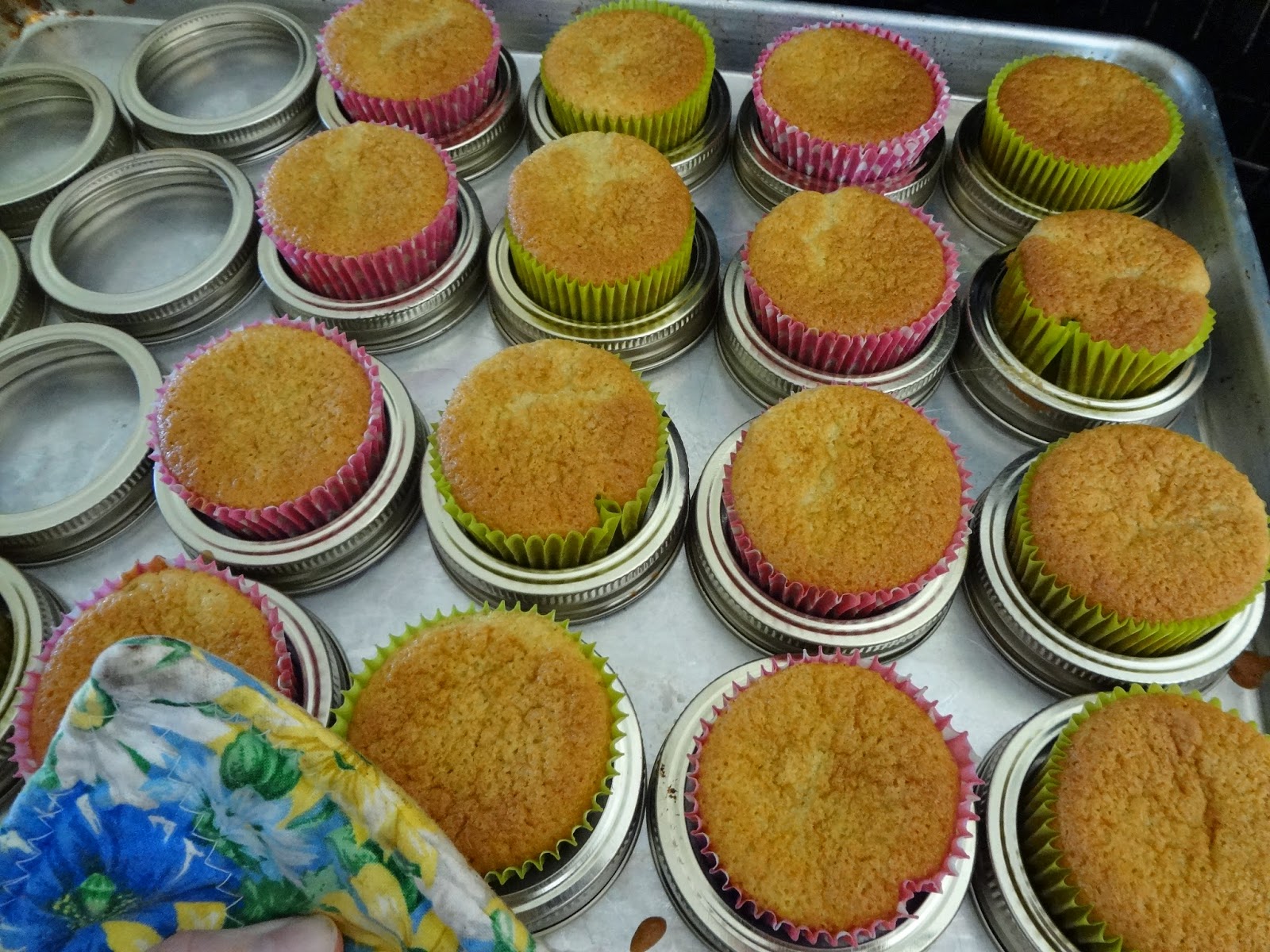 I was really impressed at how well they came out. There was one that got a little misshapen but I had tried to move that one a little after I had already added the batter. For perfection, once the batter is in the cupcake wrappers, do not attempt to reposition!

While this was extremely useful due to the quantity I was baking, I don't usually use cupcake wrappers making this tip limited in use. On the other hand, I am glad I was able to find a quick and easy way to get the cupcakes into the cups quickly without having to let the batter sit too long in the bowl. 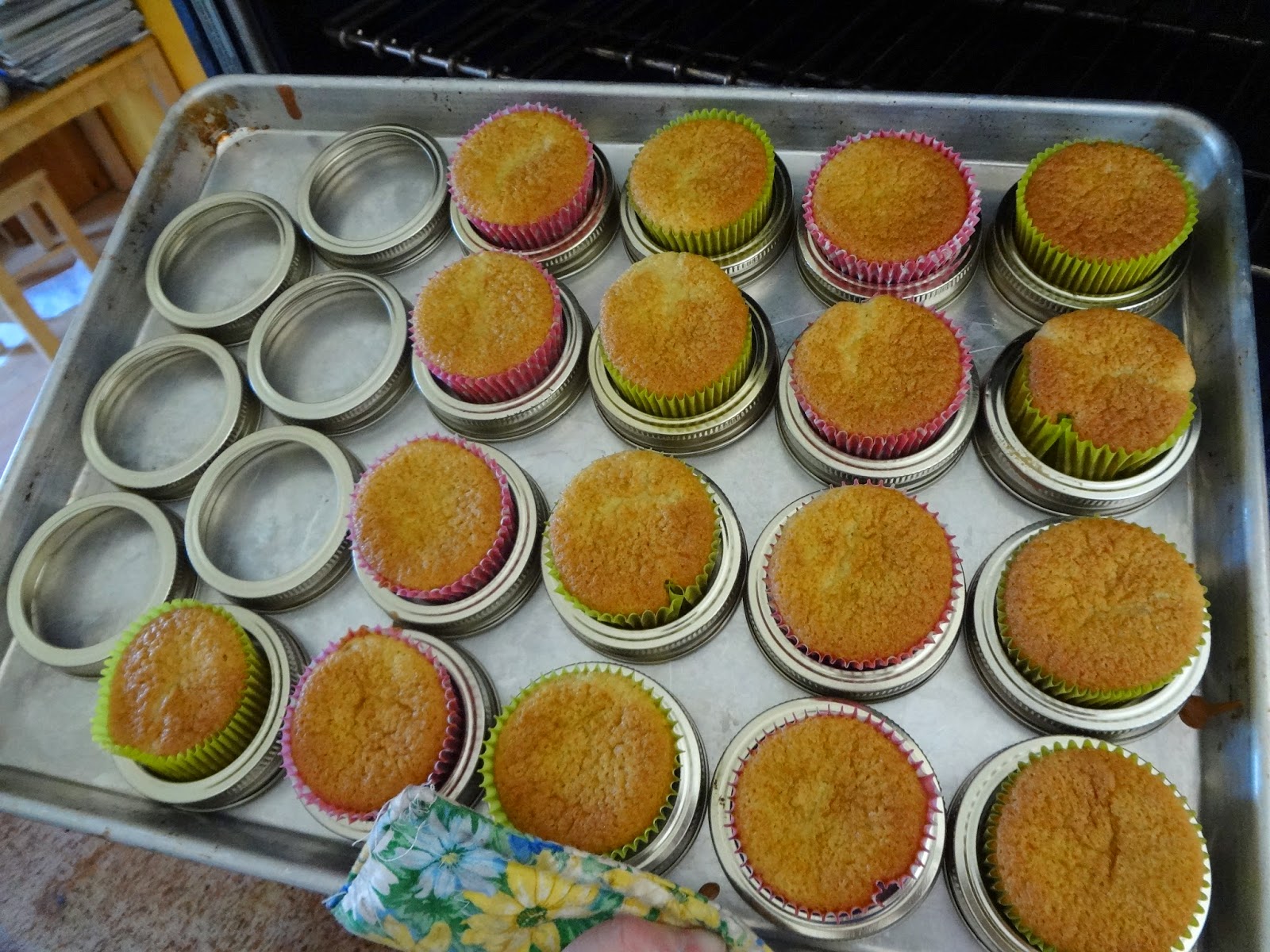 Have you ever used a "hack" like this when you realize you don't have the pan or dish you need?