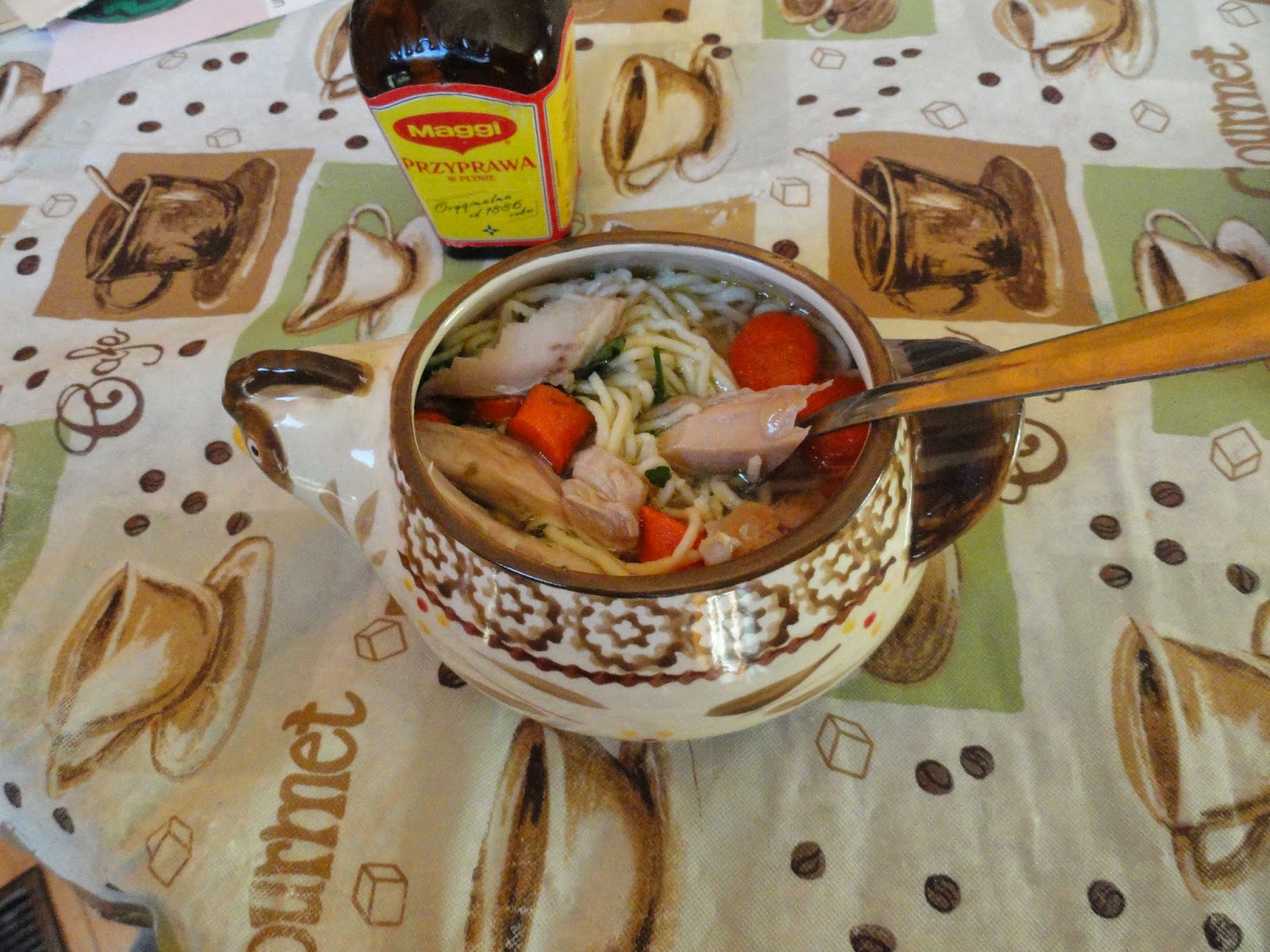 After many unsuccessful attempts to replicate my mother-in-law's chicken soup, I pulled out one of our recently butchered roosters when I knew she was coming over hoping to learn her secrets. Apparently if I don't use the same ingredients, I won't achieve the same flavor. Who knew? Do you know what her secret ingredients are? Leeks and celeriac. I never would have guessed. Thankfully my mother-in-law was more than happy to show me how to make her soup.

Fill large stock pot 2/3 of the way full with water. Take a large soup spoon and use it to add a heaping spoonful of salt to the water. Bring water to boil.
Add chicken, leek, celeriac and bay leaf. Simmer gently. Do no bring to rolling boil.
Cut 1/2 onion into 2 thick slices.
Heat small fry pan (no oil). Once hot, add onion slices, cooking until brown on each side. Add to soup.
Cook coup until chicken is fully cooked and meat is no longer pink.
Add carrots and cook until carrots are tender.
Remove everything from the broth.
Discard leek, onion, celeriac and bay leaf.
Pull meat from the bone. (I save my carcass for making stock later.)
Put noodles in bowl, add carrots, chicken and then broth.
Top with fresh parsley and enjoy. This article was shared on From The Farm, The Chicken Chick, The Self Sufficient HomeAcre,  The Prairie Homestead,
Email ThisBlogThis!Share to TwitterShare to FacebookShare to Pinterest