The Tale of the Black Copper Maran

When we first got chickens we got a mixed bunch. Then we tried some amazing eggs from Pete & Gerry - Maran eggs. The following year we decided to add a few to our flock and bought some of the Rare Maran breed from MyPetChicken. Of the four that we bought only one survived. Her eggs were amazing, as were the Welsummer chicken eggs. Still wanting to reproduce the eggs from Pete & Gerry we did some more research. From everything I can find, supposedly it does not matter the breed, only what you feed them. I think this may be true in theory, however I can tell you that the eggs from my Golden Maran are always creamier and a darker orange (not to mention tastier) than the Red Comets and most of the other eggs. Does that mean her diet is different? Maybe. Perhaps Marans seek out something that my other chickens don't. My Golden Maran is not the most dominant chicken in the flock so she isn't getting the best of the feed. I honestly don't know the answer. I do know that because she is a fantastic mama, she doesn't lay lots of eggs either, another good trait (the mama trait, not the lack of eggs one) we would like.  So we decided to add some Black Copper Marans to the flock. And it began.

I ordered 20 eggs from eBay for $68, shipping included. I received 20 eggs but 3 were broken. As per the seller's instructions, we let them breathe for 24 to 48 hours. Then we put the 17 unbroken ones into the incubator. The seller shipped me 3 replacement eggs that arrived a week later and went into the second incubator.

Three weeks late, of the 17 eggs, 1 hatched, 1 died trying to come out and 1 started to form but died within the first 7 days. Major bummer.

I contacted the seller, who had told me that I should be able to expect a 50% hatch but that he had had others state that they had 80-90% success rate. He asked me to pay the $13.85 to cover shipping costs and he would send me another 14 eggs since 14 never even developed. I agreed because at this point, one chick is a pretty bad hatch rate. I hatched 10 of our own eggs and 7 hatched without any problems so it was not an incubator issue.

Of the three from the second shipment, none hatched.

The seller sent me 15 eggs as replacements. Of them, one hatched. So out of 35 eggs, we have two chicks.

Curious to see if another seller would provide better eggs, I ordered a set of 6 eggs from eBay for $18.99. Seller2 included two free rare eggs. Two arrived broken. 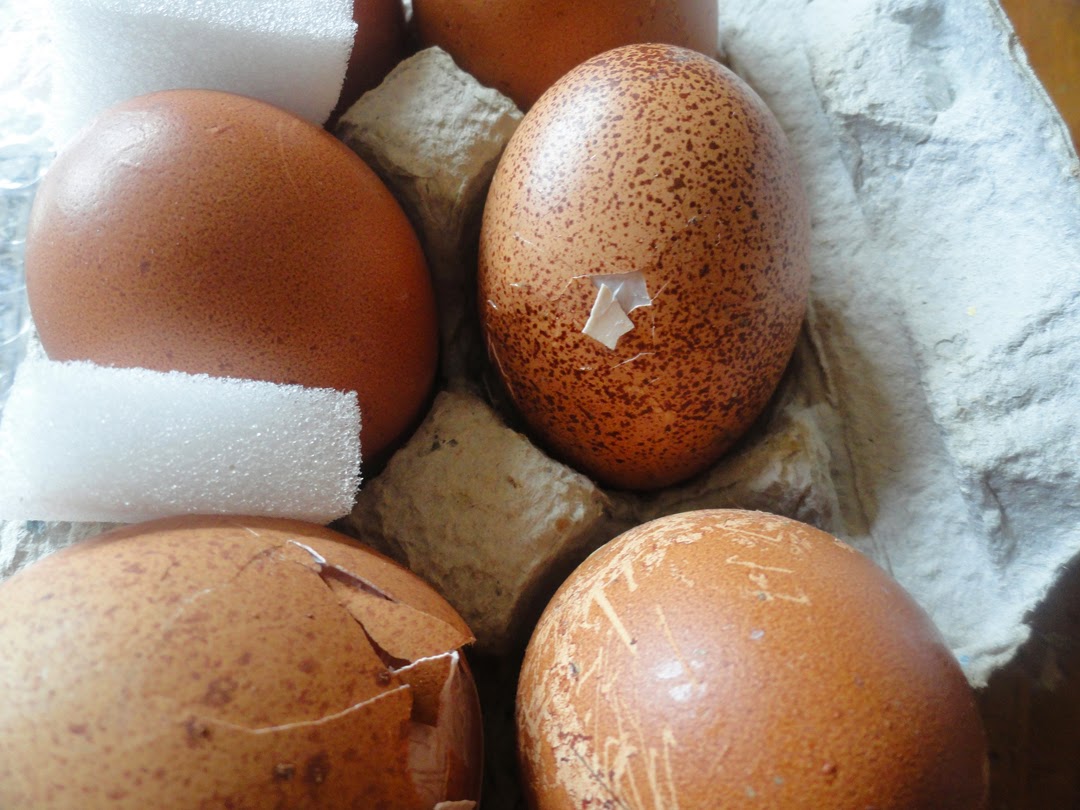 Seller2 does not provide or replace broken eggs and I was required to submit a claim through the USPS. After 4 weeks, I received a check for $6.34 to cover the damages.

Of the four Maran eggs and 2 surprise eggs, none hatched.

So we spent $94.50 (after the refund) and had two chicks. One was obviously younger than the other one and had to be introduced to the flock as a single chick in the middle of the night, quietly slipped into the huddle of the other baby chicks. It was accepted and seemed to do fine.

One week later though, the kids let the flock out and came running to tell me that one of the babies was having trouble walking. You guessed it, the youngest Maran was a little wobbly on his feet. I quickly whisked him into the house and put him into one of our brooder bins with food and water. He ignored both. Upon further inspection, one of his eyelids was 70% closed and he didn't appear to be able to sit down, he just stood, wobbling back and forth.

He made it through the day but that night, he huddled down and sang and sang for his flock mates. Not sure what to do, I brought two in, two smaller ones that he normally slept with and all three settled into sleep. The Maran stumbled away from the group and stayed alone. 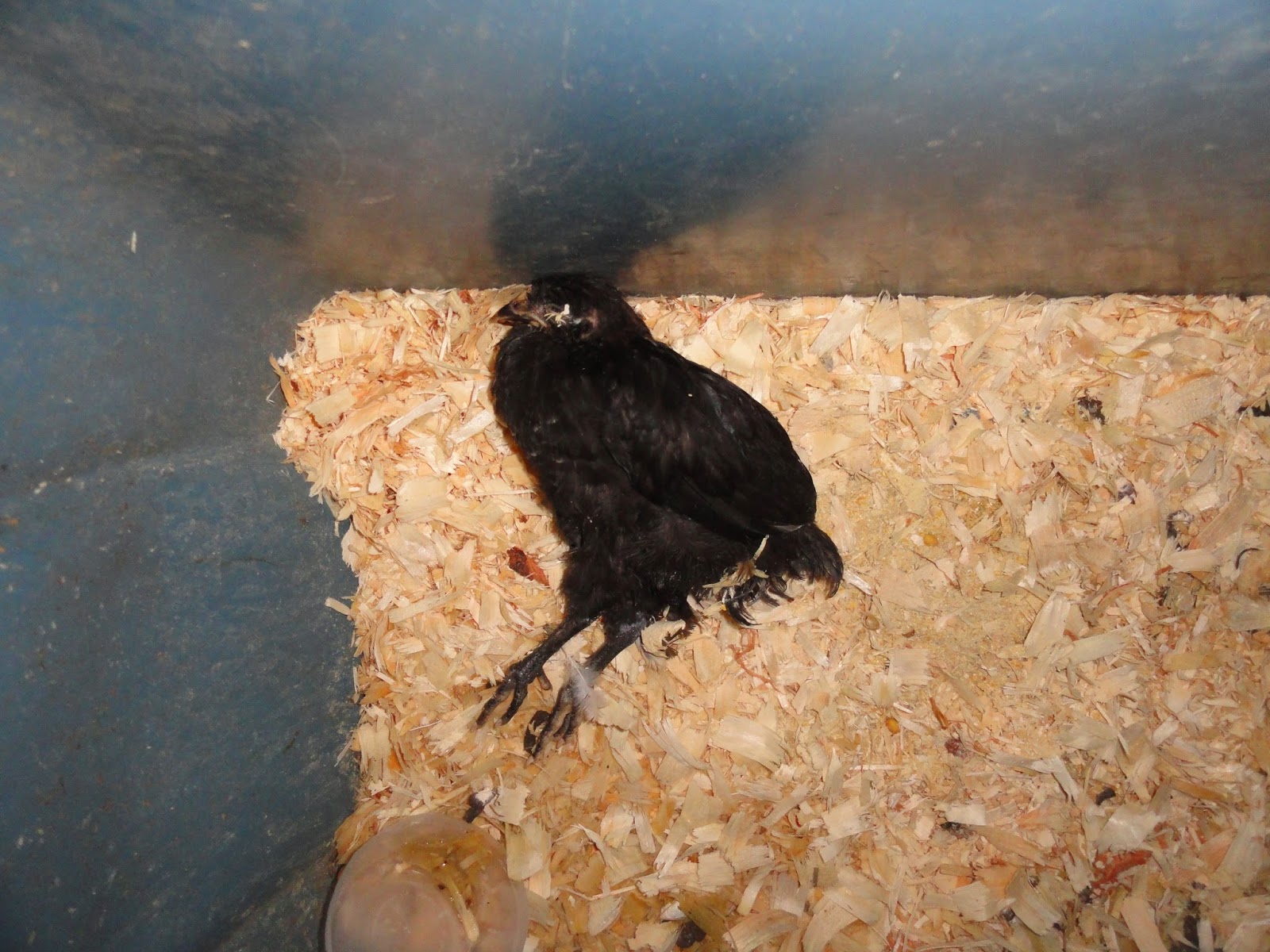 Poor little guy didn't make it. The other hens were at the opposite end with the food and water. I released them to the yard and hoped against hoped that whatever killed the Maran didn't infect the others. So far, over a week later, no symptoms have appeared but I am keeping a close eye on them all and cleaned the coop just to be safe.

So now we have one Maran left: 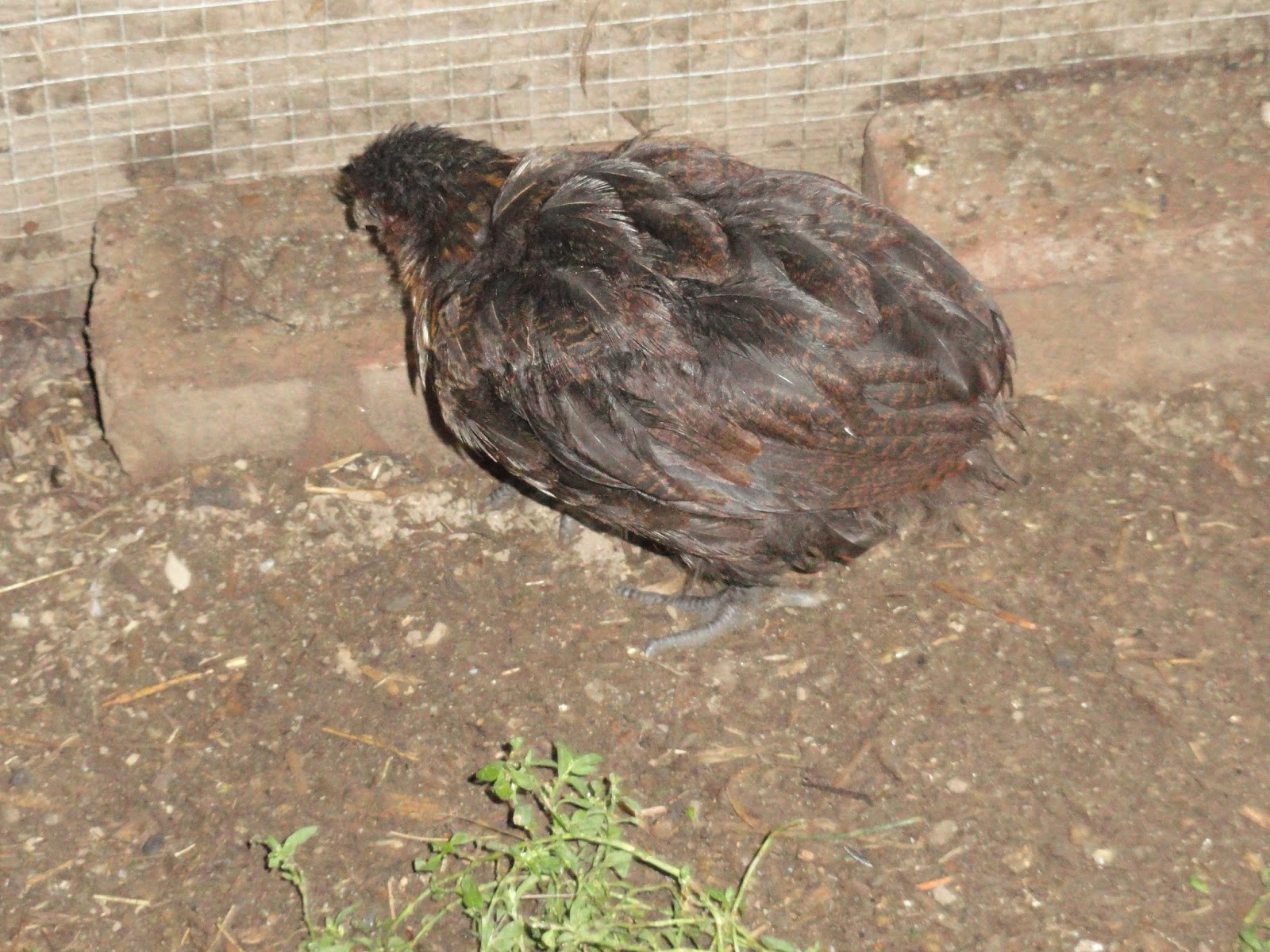 The reason for ordering eggs? Because ordering 6 from My Pet Chicken would have been $100.96 and hey, $68 for eggs with the possibility of 10-20 chicks seemed like a much better deal. Um, yeah, not so much.

A few days earlier, one of our Red Comet successfully hatched 7 of the 13 eggs she had been sitting on so I could console myself with the sweet peeping and antics only chicks can provide. 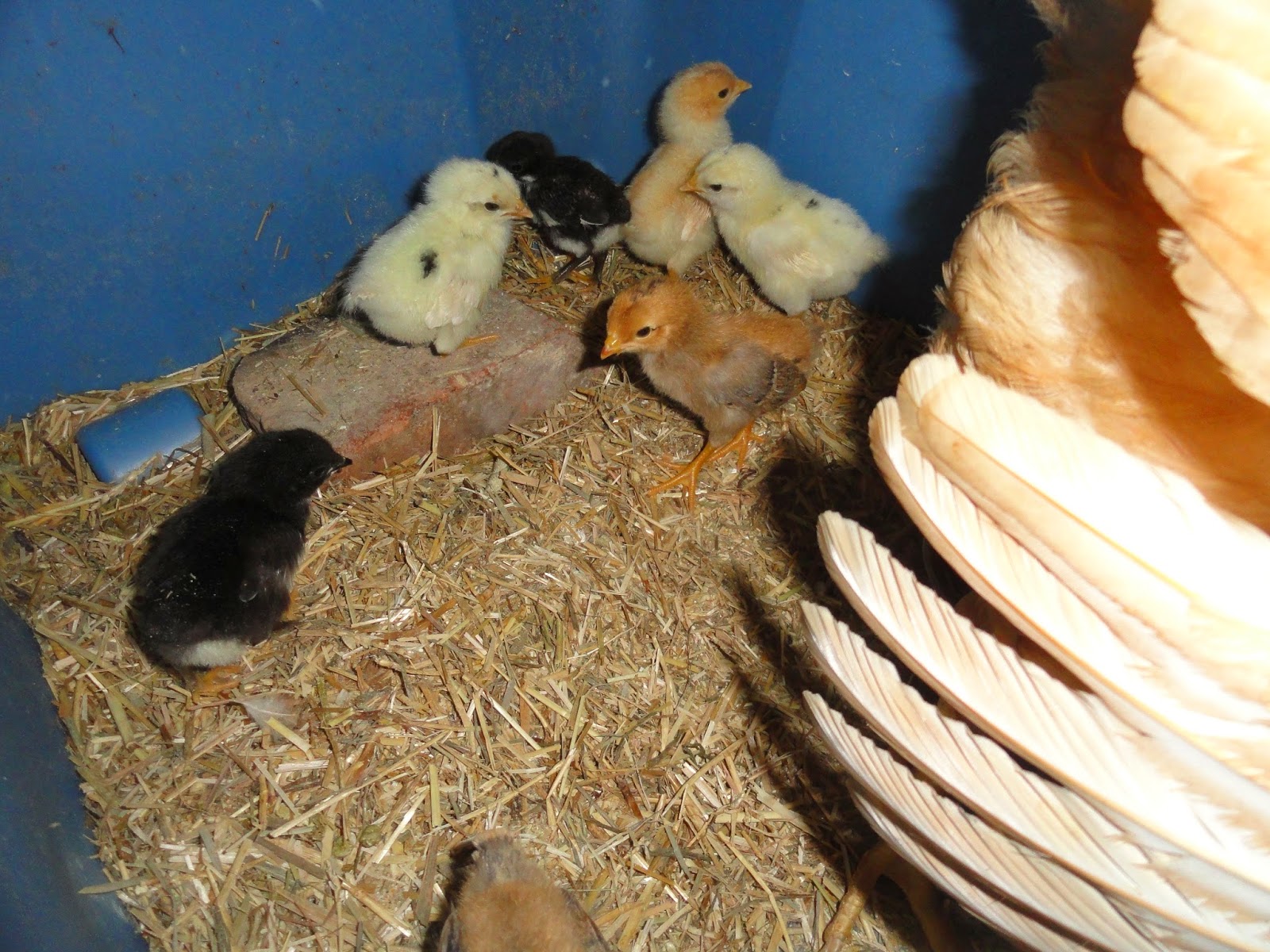 So there you have it, our $94 Black Cooper Maran chick who, with our luck will be a rooster. This is one homesteading mum who knows when enough is enough so this is the end of our Maran adventure. At least for this year.. dunt dunt dunn...

This was shared on From the Farm, The Chicken Chick, Tilly's Nest, Backyard Farming Connection, HomeAcre Hop,
Email ThisBlogThis!Share to TwitterShare to FacebookShare to Pinterest