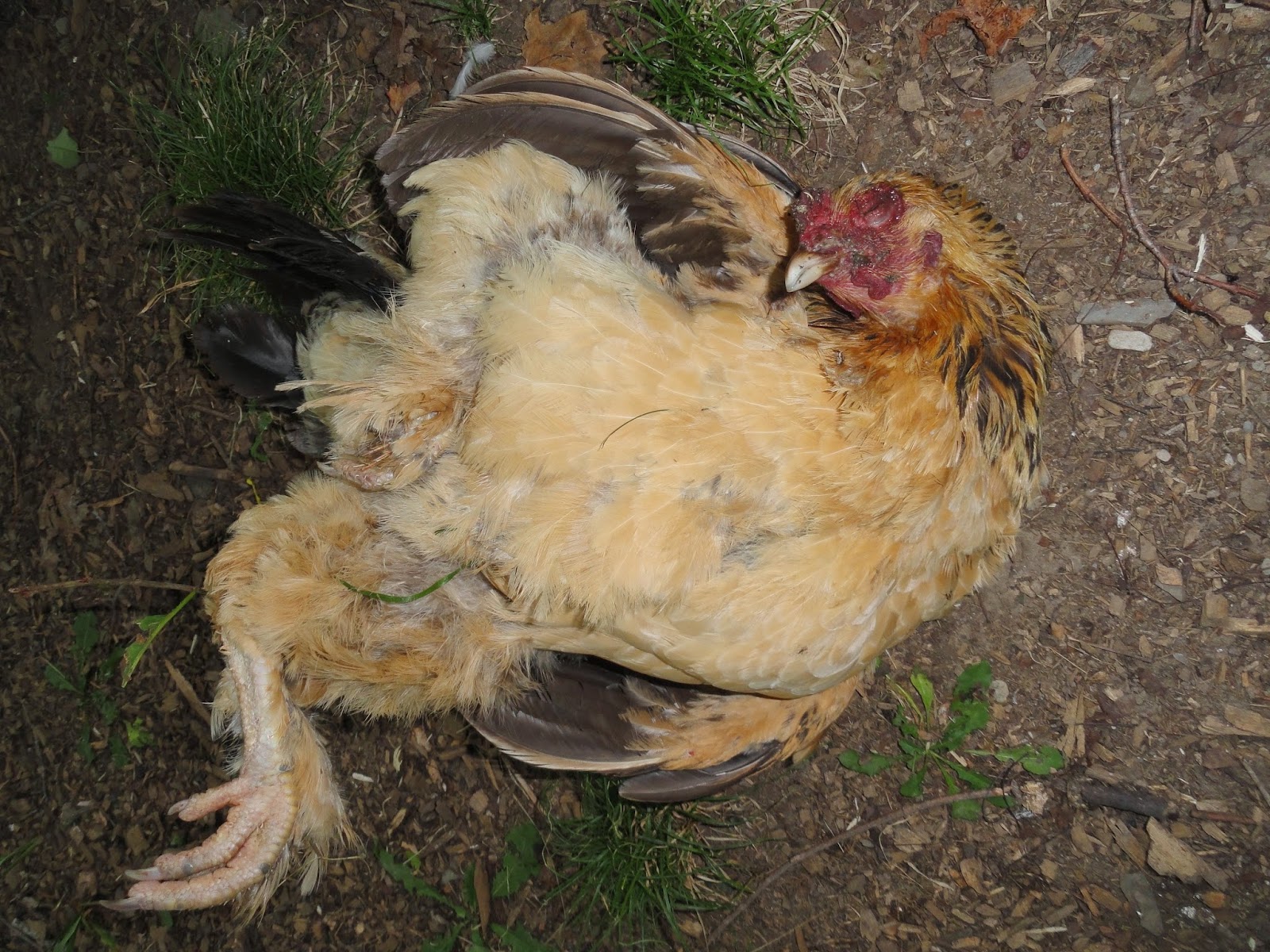 We have had some sudden unexpected losses today. When I opened the coop this morning (late at 10 am), I found one of our Buff Brahmas dead on the floor of the run. Not exactly a good start to the morning, huh? Well, actually the morning started with a trip to the store because some dead mice in the well had contaminated our drinking water. The chickens came next.

The Buff looked like she had flown out of the coop too fast and slammed into the coop run wall. Further inspection showed no visible signs  for the sudden death. Since we check our chickens every night when we go out to feed the pigs, and nothing was amiss the night before, it was a shock. Not to mention it was one of the adults. Of all things, unexplained deaths usually occur (in my limited experience) to our younger chicks.

I started checking out the rest of the flock and didn't really see anything ... until I looked into the coop. Inside was the other Buff. She was sitting in a nesting box and she is twitching her head and he eyes are blinking like the wind is blowing into them, sans the wind. I removed the box from the coop and gently lifted her out. When I set her on the ground, she just sort of squatted, making no attempt to move and her head still twitching, eyes blinking. I put her back in the nesting box and did another inspection of the rest of the flock. Nothing seemed amiss.

Half an hour later, the Buff had her beak skyward and didn't turn to look at me. 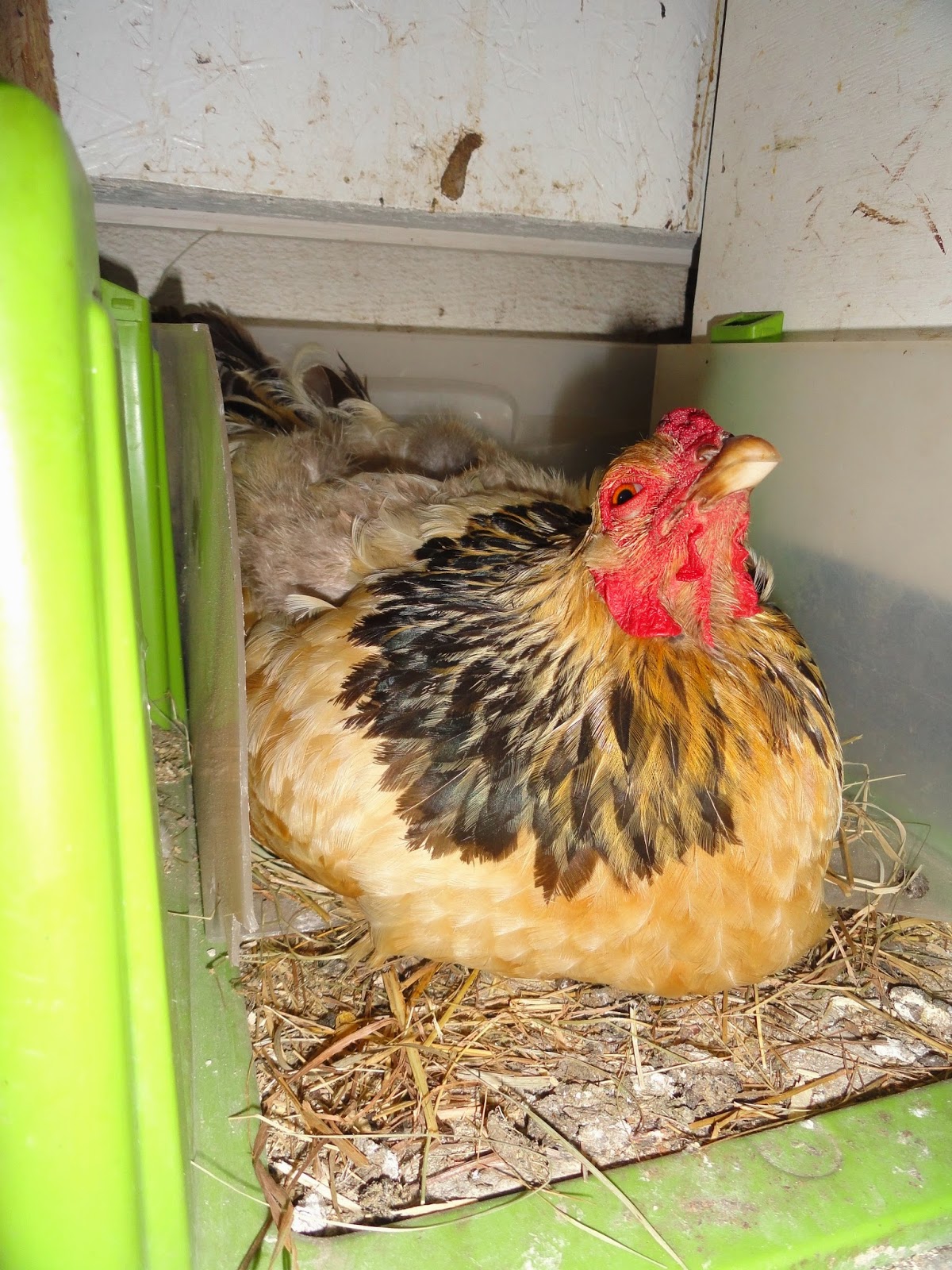 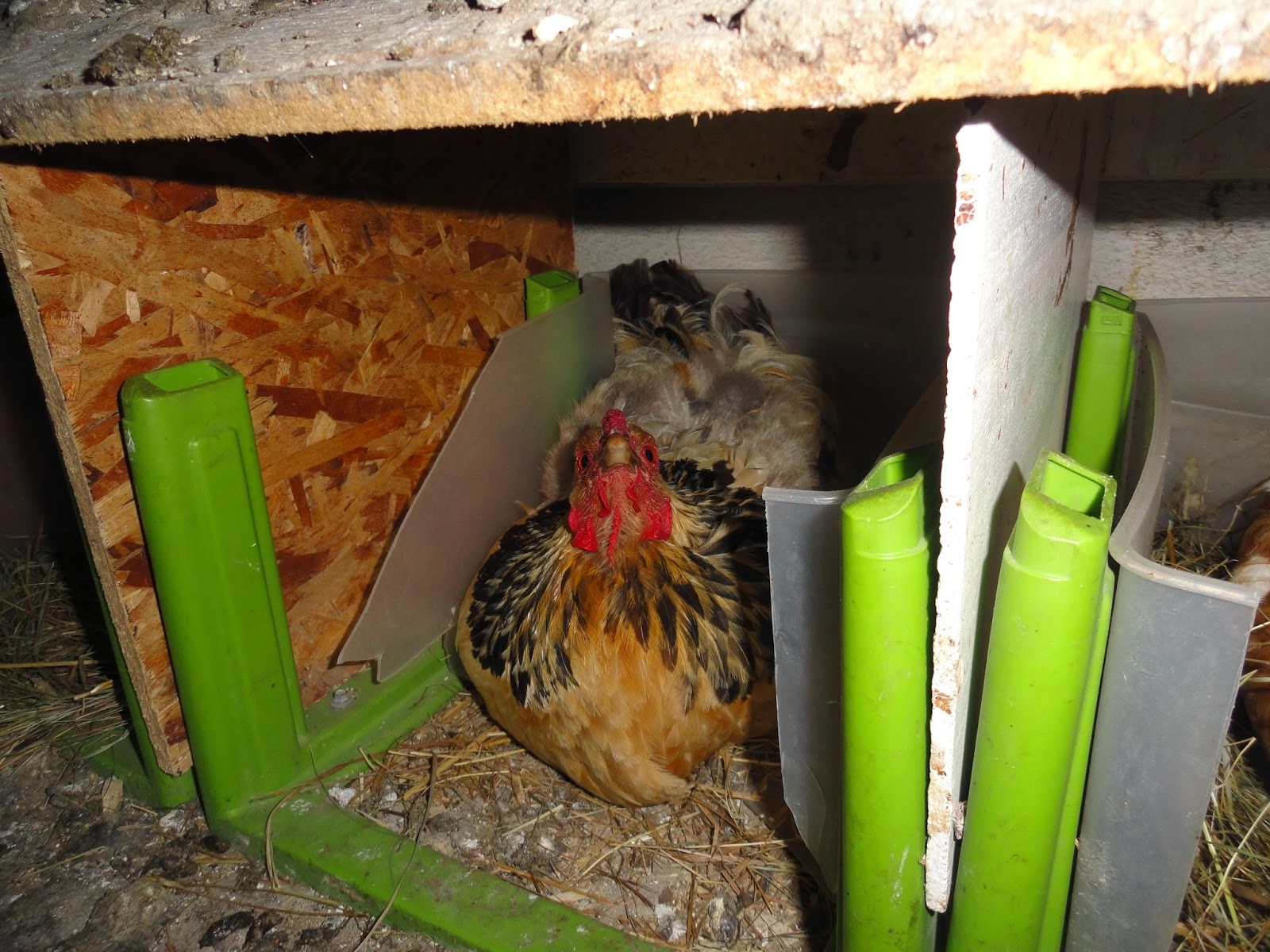 Hmmm. I took the pictures because I was unable to really see her in the coop. Knowing this was not normal, I did another quick survey of the flock and noticed that Big Mama was having a little trouble moving around, kind of swaying on her feet and stumbling. The stumbling thing could be normal since her fox attack but the swaying? Not normal. All I could think was, oh sh*t! This is not good.

I jumped quickly on to my favorite Get Chicken Help site: Backyard Chickens Forum and sent a pleading message. I also included the information on the dead Black Copper Maran chick who had similar symptoms: swaying, funking eye twitch and sudden death.

Not exactly sure what to do, I contacted my local town to see who I should call and was told to give DEC a try. I left a message but never heard back. Then a helpful BYC member sent me the State Animal Health Officials 2014 information. I promptly called ours, supposedly located 30 minutes from me. I was saddened to find out that our state's poultry expert was actually at the University of Cornell in Ithaca, NY or 3 hours away. I called Dr. Jagne and left a message and went back outside to check on the Buff.


The Buff was worse. Her head was swinging around and around and twitching as though she was trying to catch some invisible gnats while swaying to an inaudible rhythm. So not good. Not knowing what else to do, I let her be.

Walking up the steps to the back door, I saw Big Mama curled up next to the house, alone. She was just sitting but didn't get up when I approached. She showed no signs of eye twitching and head. I put a bowl of water with a little apple cider vinegar next to her and started keeping an eye on her. I also noticed a white Sumatra being a little lethargic but still moving around with the other chickens, just not as enthused.

As lunch time neared, I check the coop again. The Buff must have began seizing and fell out of the nesting box and was lying writhing on the floor of the coop. Another chicken, who had followed me to the coop began pecking at her eyes and comb. As difficult as it was, I put her out of her misery. I didn't want her to suffer any more than necessary.

Teary eyed, I shooed the kids back into the house, of course they had to come see what I was doing right after because as we all know children have amazing timing. As we walked back into the house, we talked about being a responsible owner and not letting our animals suffer.

During lunch, Dr. Jagne called back and we discussed what I was seeing. She asked about their diet (organic Green Mountain layer every other day or so - she mentioned that not feeding them every day can reduce the number of eggs we receive - as ours are free ranging and there is plenty of lush greens and bugs, we don't worry about it in the summer.), toxic plants (none that we know of), poop (some diarrhea but none more than usual) and finally gave me the information on sending in the bodies in for necropsies.

Then it started to rain and I moved Big Mama into the backroom in a bin and tried to keep her comfortable. Having no access to a printer at home, I wasn't able to print the paperwork and mail the two buffs today. When my husband got home at 5:30 pm, we walked out to check the rest of the girls and found the white Sumatra squatting alone, tucked behind the coop. We all walked to the mail box and by the time we returned, all of ten minutes later, she was in a crumpled heap on the ground. She was still alive but she couldn't life her head or stand or anything. She appeared to be resting. She wasn't twitching or thrashing so we moved her to a comfortable spot. She died an hour later. The wonderful husband went to the store to buy Ziplocks and we double bagged her and put her in the refrigerator to keep her cool until I send her overnight mail tomorrow morning. He also bought ice as we will need to ship any bodies with ice.

At the start of writing this post 30 minutes ago, Big Mama was still alive, mostly comfortable in her bin. She would make noises every now and then, like she was calling for me and I would go in and talk and shush to her. She would settle back down. At one point she seem to be looking better, lifting her head more than before. Now, as I finish, she has passed. Our oldest chicken is no longer with us. She was a great Mama and friendly girl. She always came when I called and was happy to be picked up and petted. I know that I will miss her immensely during my outdoor time.

None of the hens in the coop are showing any symptoms and I am trying to remain optimistic that I will not find more dead bodies in the morning. I am looking forward to (and terrified of) the necropsy results. Could I have prevented this? I don't know and I don't know if the answers will necessarily make me feel better either.

For those interested in the necropsy cost, in NY state it is $60 plus a $2 fee. The $62 covers the necropsies of up to 3 birds. We discussed it, my husband and I, and we decided that with 4 dead birds in 14 hours, if we can get some answers, then it is worth the $62 - that does not include shipping.

Send us some luck that this is the end of whatever it is.

Have you had any sudden deaths? How do you handle them?

This article was shared on The Chicken Chick, On The Farm,