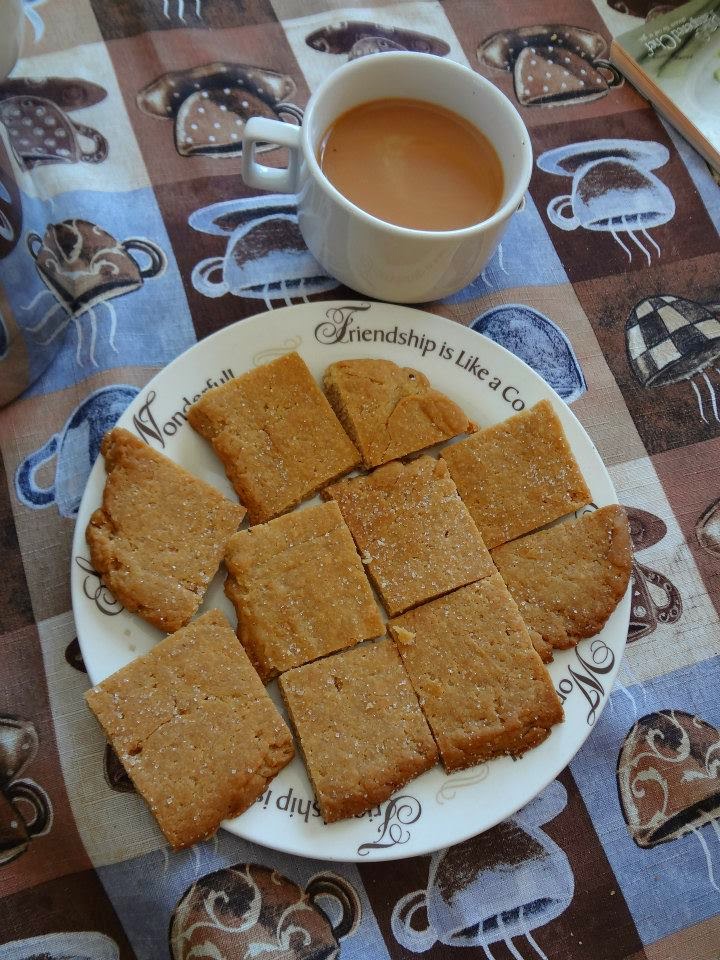 A good friend of mine recently had a birthday. One of her favorite things is shortbread so I decided to make her some as a gift. After browsing different sites, I settled on Smitten Kitchen's Twice Baked Shortbread recipe because her recipes are always amazing. After starting some for my friend, I realized that I wanted some too. So I decided to try the recipe with maple syrup. It turned out deliciously. A different friend came over the following day for coffee and declared that it tasted similar to her mom's. This recipe will definitely go into the recipe box!

1. Grease the pan. I used my cast iron skillet and greased it with coconut oil
2. Combine the butter maple syrup, vanilla, and salt in a sauce pan.
3. Simmer until the liquid reduces and liquid boils, approx. 6-10 minutes.
4. Add the flour and mix just until combined.
5. Pat and spread the dough evenly in the pan.
6. Let rest for at least 2 hours, or overnight (no need to refrigerate).
7. Preheat the oven to 300 degrees F.
8. Bake the shortbread for 45 minutes.
9 Remove the pan from the oven (leave oven on).
10. Optional: Lightly sprinkle the surface of the shortbread with sugar.
11. Let the shortbread cool for 10 minutes.
12. Remove the shortbread from the pan, being careful to avoid breaking it.
13. Cut shortbread into desired shape.
14. Place the pieces slightly apart on a baking sheet.
15. Bake for 15 minutes.
16. Cool on a rack.

These were delicious. It sounds like a lot of steps but basically, you put everything into a pan sans the flour and simmer, then mix, pour into baking pan and leave it. Then put it in the oven, twice. That's it. There is planning ahead involved since you cannot make it and just have it ready but you can make it and put it in a air tight container (and hide it from the rest of the family) and you will have a tasty treat should company stop over. The only complaint I have is that the recipe doesn't make very much. Maybe I just like to eat shortbread but I will definitely double the recipe next time and use a slightly bigger pan to accommodate the doubled recipe.

Enjoy!
Email ThisBlogThis!Share to TwitterShare to FacebookShare to Pinterest