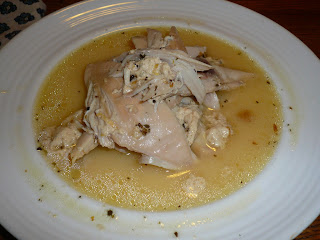 We drink a lot of milk. I mean a lot. We love it and between the five of us, we consume about a gallon a day. We drink it raw and organic, just the way the cow intended. Okay, not really. We drink it chilled but otherwise it is just as the cow made it. As Joan Dye Gussow once said "As for butter over verses margarine, I trust cows more than chemists." In general, this is a guiding principle.

The week after Christmas we were fortunate enough to find a new farm that follows organic practices selling raw milk: Jersey Meadows Farm in Ghent, NY. (Check out this cute picture of their cows.) Now I don't have to drive far to get our milk.

Anyway, after having amazing success braising our pork chops and pork steaks (one of the owners of Jersey Meadows gave me the pork chop recipe!), I decided that braising is something I need to do more often. My recipe research turned up an odd recipe for chicken in milk. After checking out the ingredients I decided to live dangerously and give it a whirl.

Now the author doesn't include the specific recipe, probably because she refers to Jamie Oliver's site. His site however doesn't have the specifics either. This bummed me out. Another search found me at The Redhead Baker. Instead of a whole chicken, she uses chicken thighs. Perfect! That was what I was looking to make anyway.

I followed her recipe except I didn't have a cinnamon stick so I sprinkled some in the bottom. Ditto with the fresh sage. The lemons were also not present in the kitchen so I used bottled organic lemon juice. The result was fall off the bone tender meat but it wasn't as flavorful as I had expected. It sure looked incredible though. 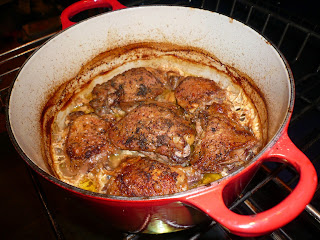 Having not had the earth moving deliciousness that theKitchn promised, I decided to try again, this time with a whole chicken. Well, I wanted to try again and then I bought 30 lbs of frozen organic strawberries for smoothies and need the freezer space. The whole chicken literally fell out of the freezer as I was putting the strawberries in. My thoughts immediately turned to trying it again. This time I stopped and picked up organic lemons and an organic cinnamon stick. I forgot the fresh sage again. Whoops. 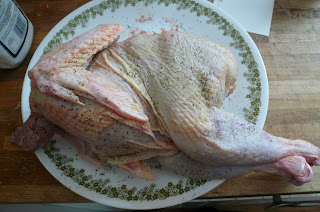 4. Brown all sides of the meat. 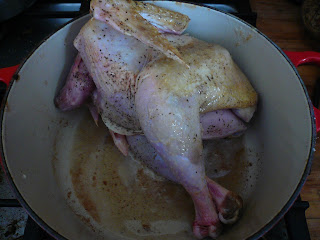 5. Add remaining ingredients to pot, adding milk until the whole chicken is half covered or the thighs are mostly covered with only their top crispy skin showing. 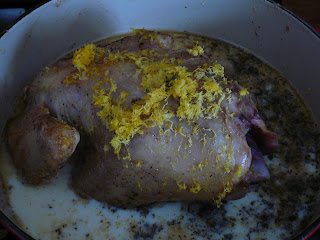 6. Cook chicken covered for 1 1/2 hours to 2 hours.
Note: you will see the milk curdling into cheese. This is supposed to happen. 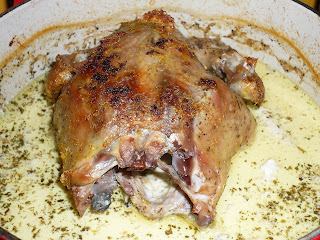 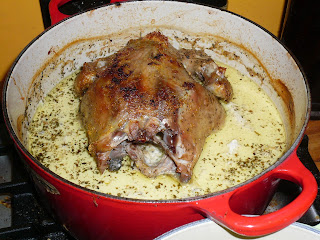 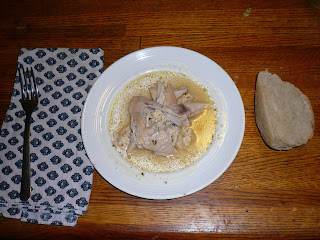 The verdict? This was so good. The original recipe only called for the zest of lemon but I added more milk to make sure I had enough and needed the juice to get the milk to turn to cheese. It was lemony but not sickly so. The garlic and the cinnamon (which you couldn't tell was cinnamon) added the perfect balance. I served it with bread and ended up adding a little salt. 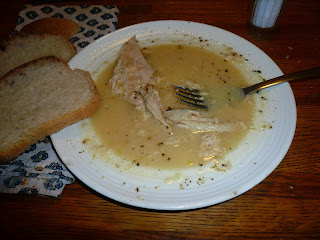 The next night, I shredded the remaining chicken, added a bit more lemon juice and garlic and stuck it back in the oven for 45 minutes. While it was heating I cooked linguine noodles and served as a kind of noodle soup. It was amazing. The sad part was that the whole chicken only lasted two meals because it was so tasty. I am sure though that another whole chicken will need to be liberated from the freezer soon.

This article was shared on Making a Home Hop
Email ThisBlogThis!Share to TwitterShare to FacebookShare to Pinterest