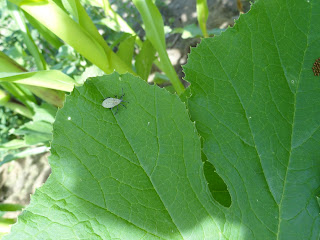 Last year my squash crop was destroyed by squash beetles. It was highly disappointing as I worked at hand removing the bugs as the eggs (you can see them on the far right side of the picture). After fighting a losing battle for a month or so, I gave up. I pulled all the plants up, they were already dying and threw them away far from my garden compost pile.

I then came across this post by Mavis of One Hundred Dollars a Month regarding how to deal with the beetles. While I didn't find the article itself helpful. The comment section provided a fantastic solution: Duck Tape!
According to the Colorado State University Extension, squash beetles overwinter near where the plants they infested the previous year. This year we didn't plant any squash in the first garden for exactly that reason. I had planned to plant squash and corn in the second garden along with corn but we kept the piglets in the second garden too late. My dad did however plant squash in his raised beds.

Yesterday we were visiting and I noticed that not only did he have the same squash beetles but he had literally thousands of eggs. We decided to break out the Duct Tape and see if it worked. We didn't have any Duck Tape but we did have Gorilla Tape. First we tried it on the eggs: 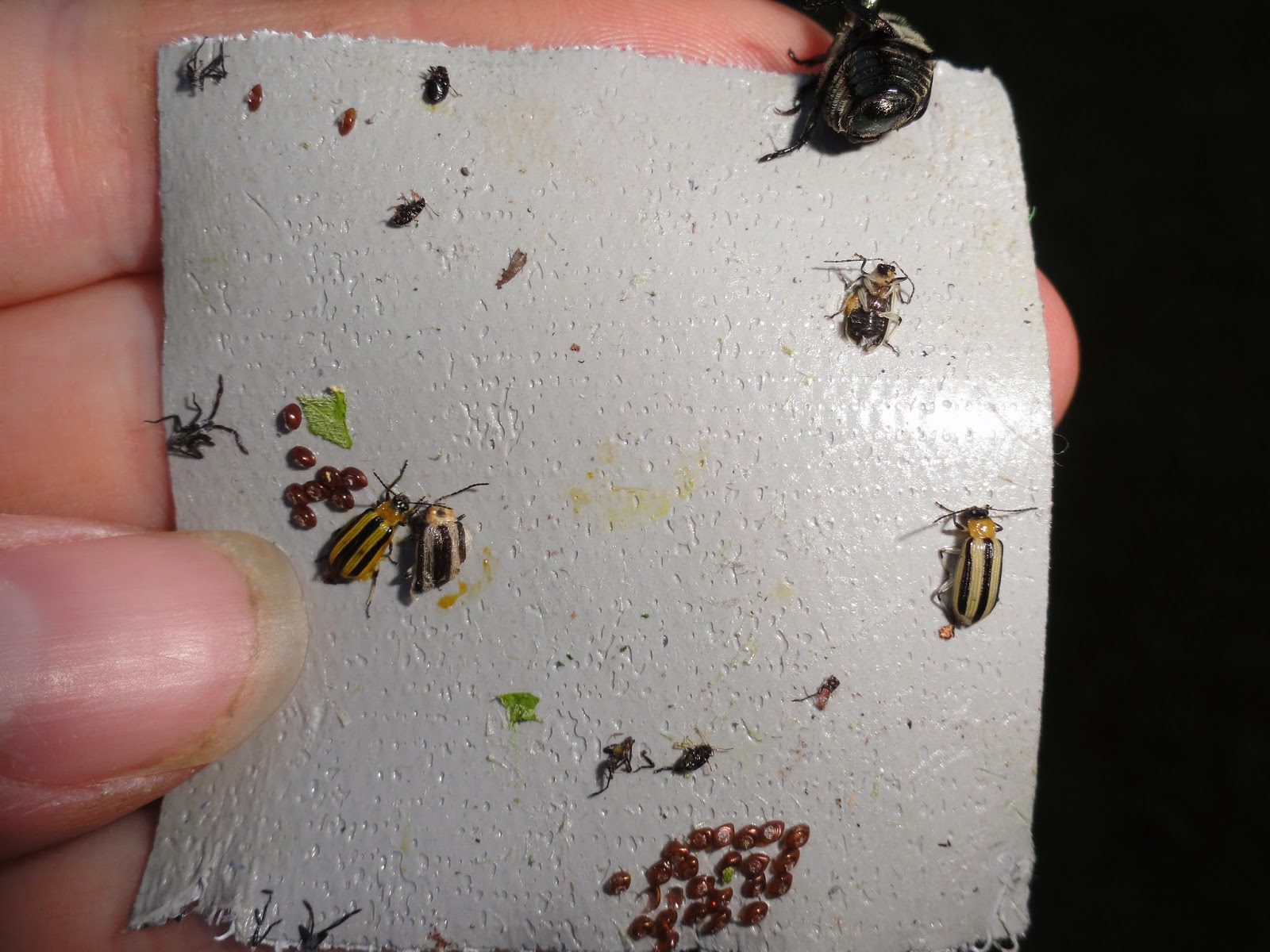 You can see the eggs along the bottom. It also worked well on catching the beetles themselves. See the black and blue bug next to my thumb? It also on stripped cucumber beetles and even a Japanese Beetle that was lounging among the squash leaves. We pulled all of the bugs and eggs off in less than 15 minutes. This was my last piece of tape, hence why there is so little on it. When finished, we folded the tape in half, squashed it and threw it away. I wish there was a good eco-friendly/biodegradable option for tape (I haven't done any research so it is possible that it exists). Perhaps by next season, I will have found one and I can just toss my squished tape into the compost.

I cannot wait to grow squash next year. How do you control squash beetles?

This article was shared on The Chicken Chick, The Prairie Homestead, The HomeAcre Hop, Farm Blog Hop, Natural Family Fridays,
Email ThisBlogThis!Share to TwitterShare to FacebookShare to Pinterest